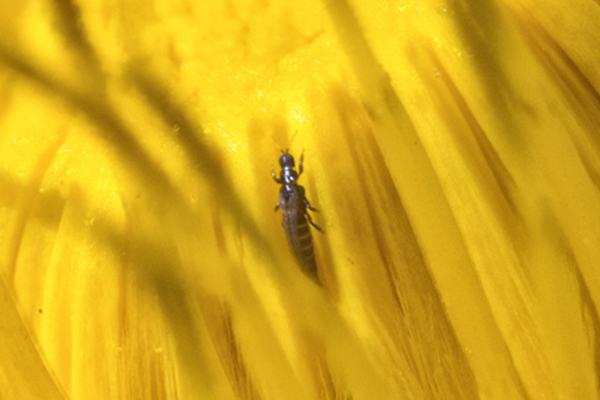 The genus of these thrips originated in Oriental regions but this species is now found throughout the world in tropical countries. It is found in the Caribbean and in the U.S. in Florida, Texas, California, and Hawaii.

This species is native to South America but was first described as a species in 1833 from specimens found in a greenhouse in Europe. It now is found worldwide in humid climates, either in tropical regions or in greenhouses. In the U.S. it can be found living outdoors along the southern states from Florida to California and in greenhouses throughout the country.