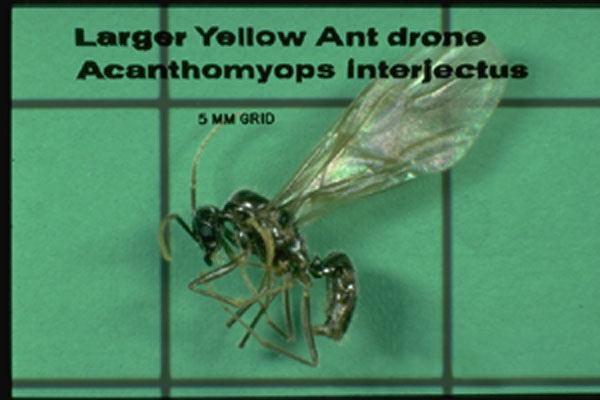 Apparently native to North America, and common from the east coast states west to Washington and throughout the Midwest.

This is a single-node ant with workers as large as 5 mm. When crushed it has a lemony or “citronella-like” odor, giving it one of its names. Food is almost entirely sugary materials such as honeydew from plant feeding insects. Nests are in the soil, sometimes under logs or concrete slabs, and winged swarmers may enter the structure due to these nests below the slab.

This soil nesting ant is best controlled by locating the nest and treating directly into it. Baits are not normally accepted, as the workers tend to restrict their foraging to natural food sources. Elimination of objects on the soil that are not needed will reduce the nesting site opportunities for this ant.