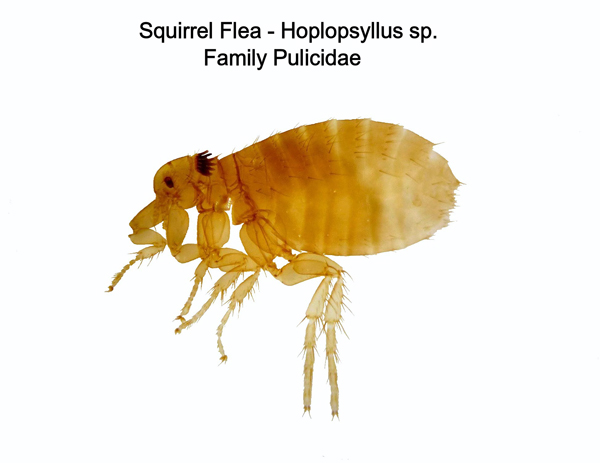 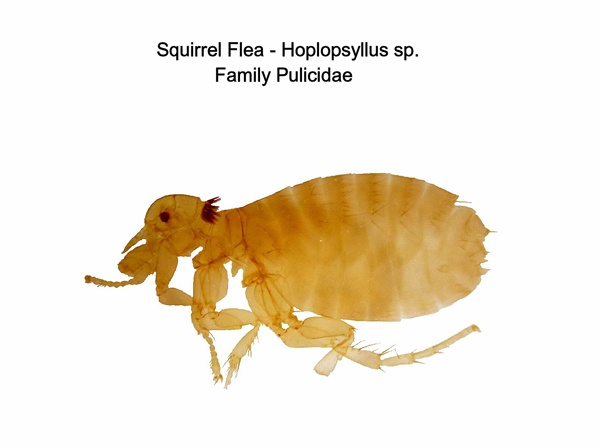 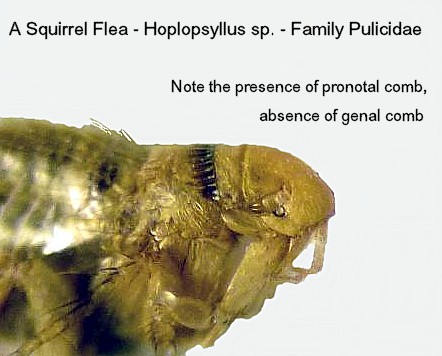 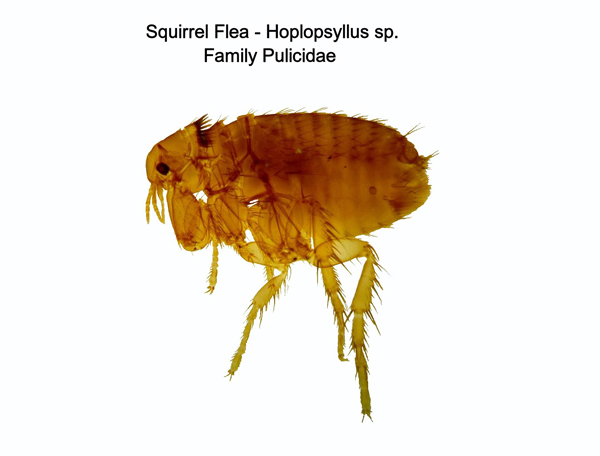 These are likely to be native fleas in North America.

These are additional flea species that commonly infest wild rodents of many kinds and which may bite humans when people are active in areas where heavily infested squirrels live. They are capable of harboring and vectoring the plague bacteria and may result in closures of campgrounds and park areas when squirrel populations are high and plague surveillance detects infected fleas on them.

All fleas are similar in appearance, as wingless insects with bodies flattened from side to side and with long hind legs for jumping. They are black to reddish black in color and have spiny legs as well as rows of spines along other body areas called “combs”. These combs are important for identification of the species. The genal comb is a row below the head and the pronotal comb is a row behind the head. The Squirrel Flea lacks the genal comb but has a pronotal comb, helping to separate it from the Cat and Dog fleas as well as other species. It has a stout bristle that originates from in front of the eye, compared with the similar Human Flea where that bristle originates below the eye.

Since this species most often infests wild rodents such as squirrels, chipmunks, and native rats, eliminating these host animals is necessary. Ground squirrels also are common hosts for this flea and in the western U.S. are considered to be a primary reservoir for bubonic plague. Where permitted, fumigation of rodent burrows with aluminum phosphide will kill the host animals as well as all parasites in the burrow. Dusting of burrows with a contact insecticide can also be effective.