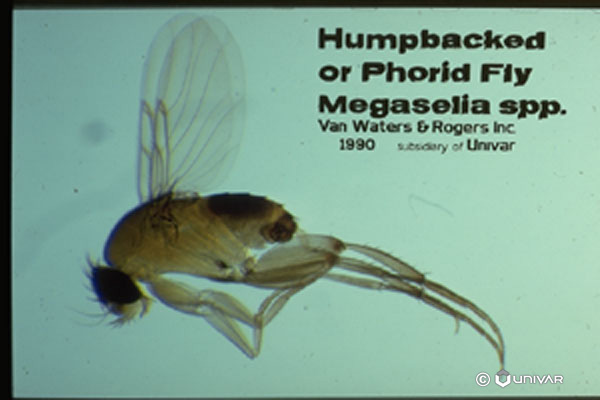 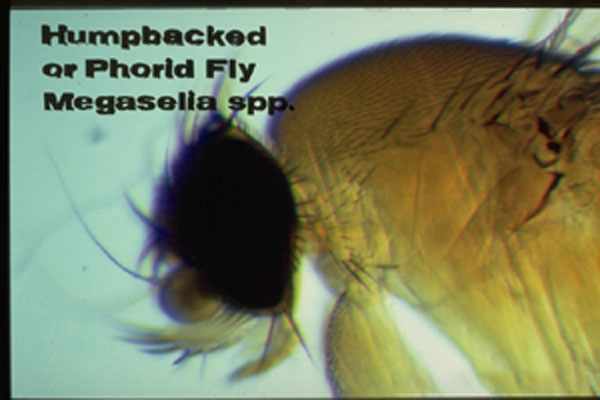 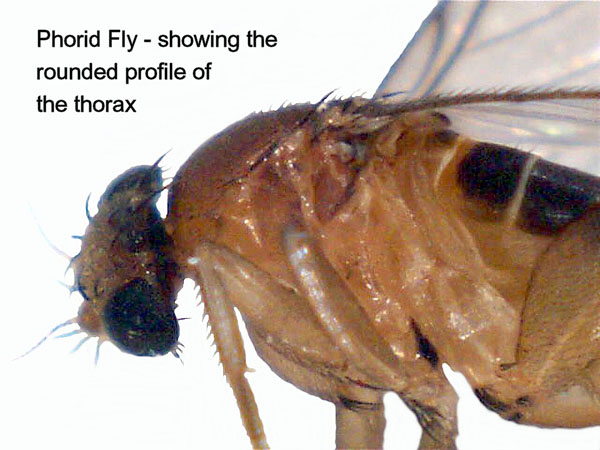 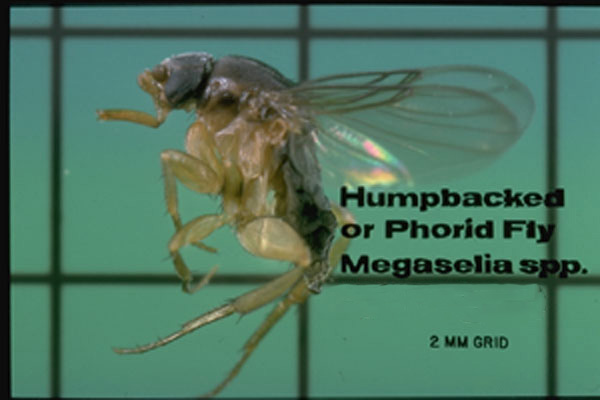 These flies, including the common species found in the United States, may be found throughout the world.

Phorid flies breed in many of the same conditions that support either vinegar flies (fermenting vegetable and fruit juices and material) or drain flies (accumulations of wet organic sludge). They may also live in fungus or decaying plant tissues. Their name of “hump-backed” fly is derived from their appearance, in which their thorax is prominently arched on top. Adults are attracted to light, and have the distinctive habit of running quickly across a surface when they land on it. A few species of Phoridae are parasites of ants, and are being studied with respect to possible bio-control efforts for Red Imported Fire Ants. Some species also have been found invading wounds in the skin of humans, and cases of myiasis (flies within human digestive tracts) are most common with these flies.

The common structural-invading phorids are very small flies, only about 3 mm long. They strongly resemble the common vinegar flies, but differ by not having red eyes or the banded abdomens. Their color is an orange-brown, they have relatively long legs, and the profile of the thorax shows it to have a raised or “humped” appearance. Adults also have the characteristic habit of running quickly on surfaces.

Elimination of the source of the larvae is critical, and emergence of new adult flies will continue until this source is eliminated. Any buildup of organic matter in cracks or floor drains can support larvae, along with unwashed garbage containers, spilled juices, or over-ripe fruits and vegetables. Production of large numbers of these flies may be associated with broken plumbing beneath concrete slabs or within walls.