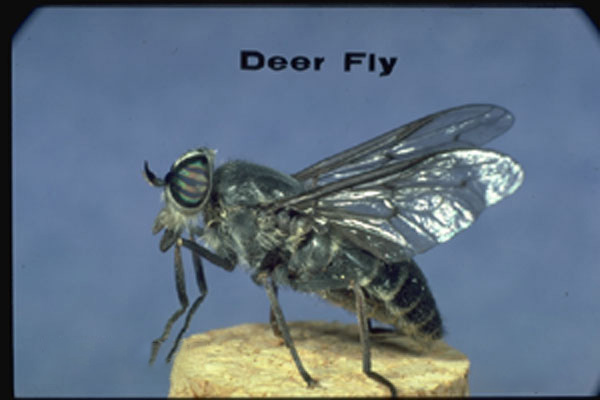 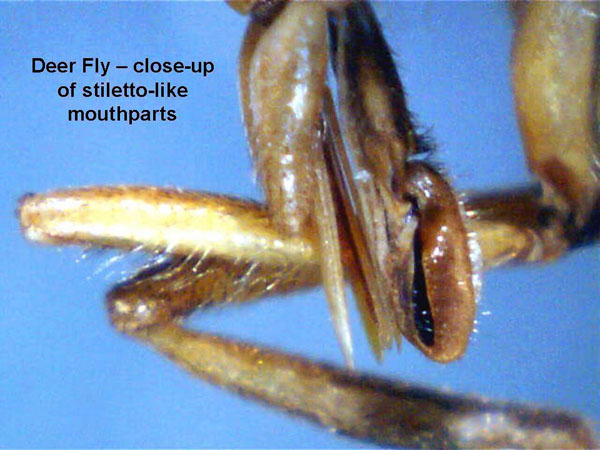 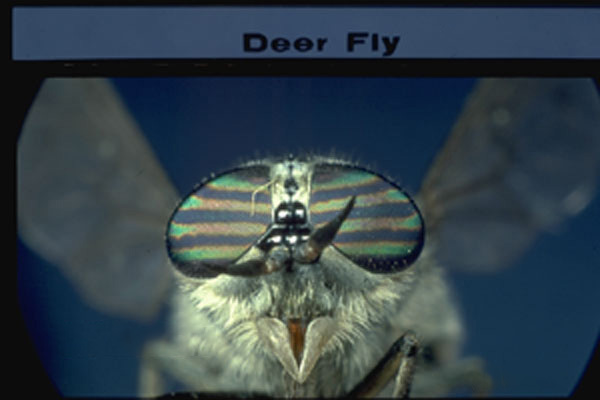 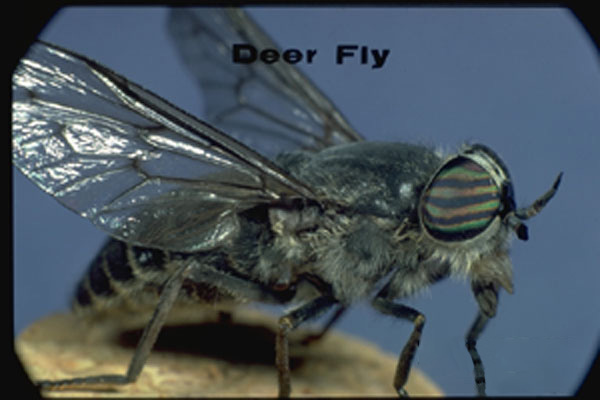 A number of species are native to North America.

Deer fly females are blood feeders, while the males feed on plant juices. The mouthparts of the female are scissors-like, and they slash open the skin, cause the blood to flow with their saliva, and lap up the blood. These flies are extremely annoying and can be serious threats to the health of livestock or horses when they feed in large numbers. Around people they may swarm to the neck and head areas and the arms, flying around the person noisily until they finally land to feed. In North America they have been incriminated as potential vectors of tularemia and anthrax.

Deer flies are about twice the size of House flies, and are usually light brown to orange-yellow in color, with striped bodies and darker markings on the wings. Their wings are held flat and outward (delta position) when at rest. The antennae differ from many other large flies in that they are stout and elongate, composed of 3 enlarged segments followed by several small ones. They are pointed at the end, and differ from Horse Flies in that the third segment does not have the tooth-like projection at its base.

Control is difficult to achieve since the larvae can live in so many varied, inaccessible sites. These flies rarely enter structures but can be serious pests outdoors, where they react to movement to signal a potential food source. Repellents can be somewhat effective, and wearing long sleeves and long pants when in areas likely to have these flies will reduce their ability to bite.