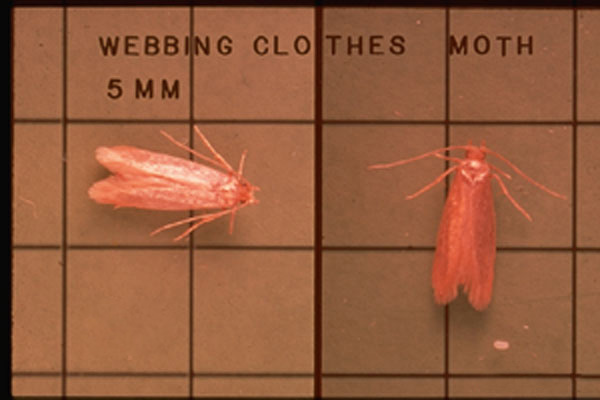 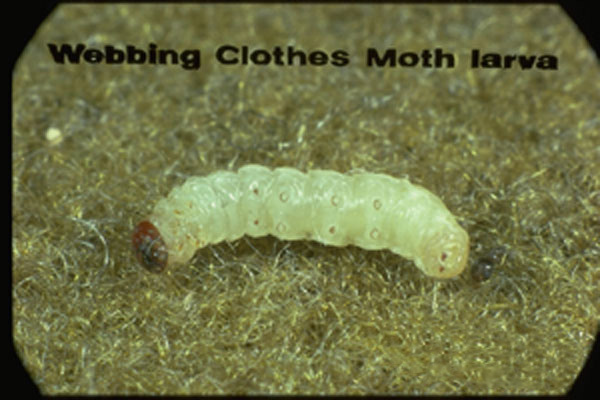 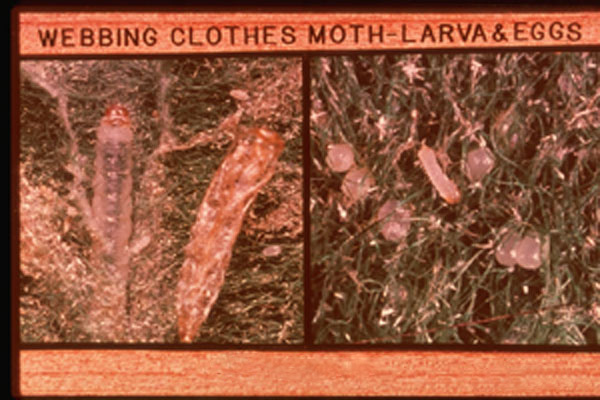 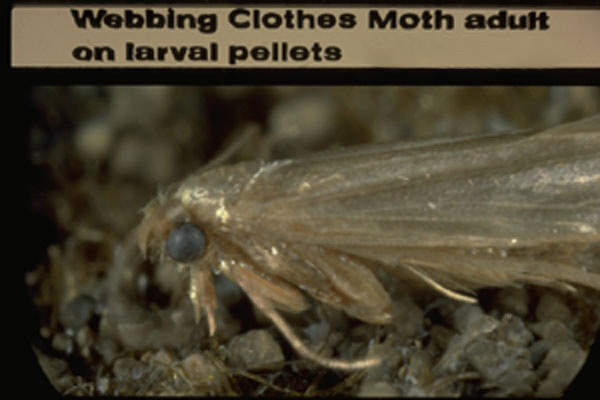 Some dispute exists over whether it originated in Africa or Europe, but it is now found throughout the world and is very common throughout North America.

While notorious for the damage they can do to woolen fabrics and other fabrics of animal hair origin, the larva also will feed on fungus, skins, dead insects, and most other protein materials associated with animals. They have been known to feed on cotton fabrics if necessary, and may cause damage to synthetic fabrics which they cannot digest. Adults strongly avoid light and do not feed, and females rarely fly. The larvae create mats of silk webbing, often as a tube, and prefer to remain under the silk to feed. It also avoids light and feeds primarily in dark, hidden areas.

The larvae are best identified by the damage being done to fabrics and the presence of silk and fecal material over the area damaged. Adult moths are very small and with shiny, tan wings. The wings are long and narrow and there is a fringe of long hairs along the lower edge of the hind wing. On the top of the head there is a tuft of reddish-brown hairs.

Seeking the source of the infestation is crucial, as killing only adult moths does not affect the developing larvae. The larval habitat will be in a hidden area, usually in materials that have remained undisturbed for some period of time, and alternative foods such as insect nests or fungus growth need to be considered.