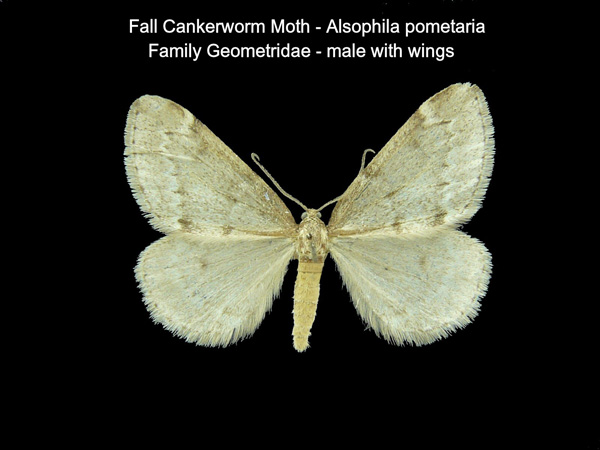 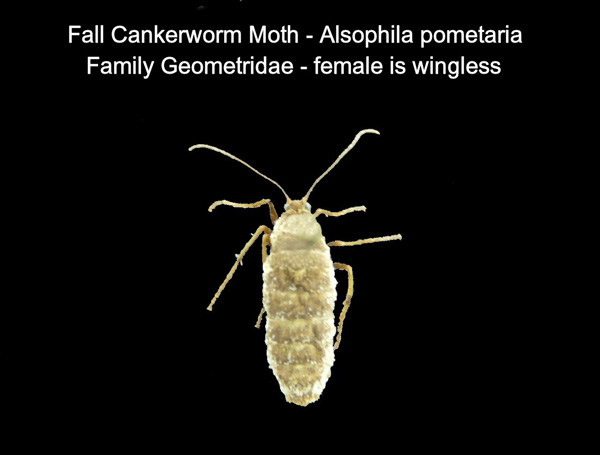 Native to North America and found throughout southern Canada and the eastern half of the U.S. as well as in California and Colorado.

The larvae feed on a wide variety of trees, including oak, elm, maple, cherry, walnut, hickory, and members of the rose family such as apple and pear. There is a single brood each year. The female deposits her eggs in large clusters on the twigs of the host trees. The larvae feed for several weeks and then drop or crawl to the soil to pupate, remaining in the pupa in the soil until fall when the adults emerge. These mate and eggs are laid on the twigs and will overwinter, hatching in the spring to coincide with emerging growth of new leaves. The female is wingless and unable to fly, so she crawls up the tree to seek high points on the small twigs for her eggs.

Adult males have a wingspan of about 1 inch with wings that are gray with a wide, darker gray central band on the forewing. Females are gray and without wings. The larva is 1 inch long and green with dark stripes on the back and lighter stripes on each side below the dark stripes. It lacks the central prolegs of other moth larvae and moves in the characteristic “inchworm” method of placing its front legs forward and drawing its hind legs up, creating a high arching body.

Feeding by these caterpillars will rarely cause significant harm to a tree, but if control is needed it is done with foliar sprays with contact insecticides or bacteria. Dormant oil treatments to branches may be helpful by coating and smothering the overwintering eggs.