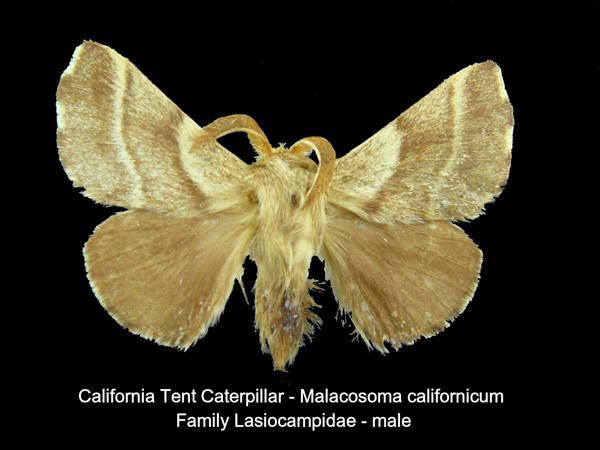 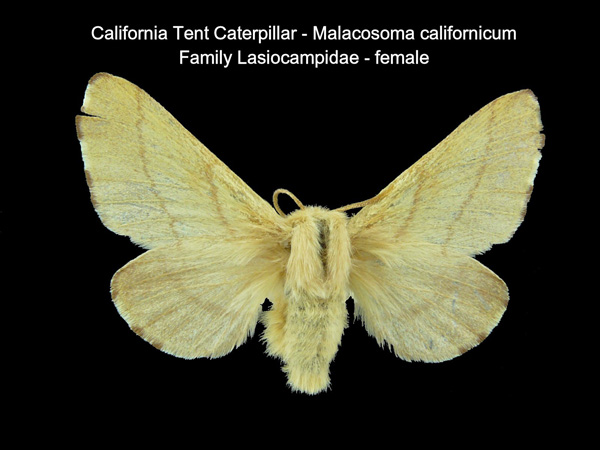 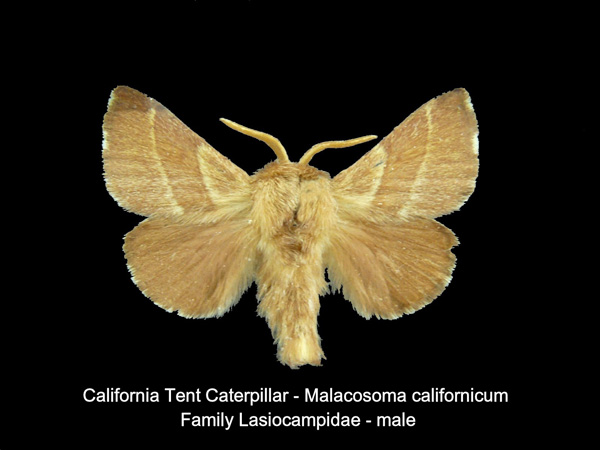 This is a native species in North America and occurs from eastern Canada south into the northeast U.S. and west to the Pacific Coast. It is much more common in the western half of the continent.

A single generation each year begins with an overwintering mass of eggs deposited on a branch by the female moth the previous summer, with up to 350 eggs in a single mass. The eggs hatch in the spring and the larvae immediately create a mass of webbing that they hide and feed within, feeding until late spring and early summer when they pupate on the trunks and nearby structures. The larvae continue to feed gregariously until mature. They feed on a wide variety of deciduous trees, and commonly on cherry, peach, apple, hawthorn, and other members of the rose family, as well as oak, maple, birch, and other ornamentals. In heavy infestations entire trees will be defoliated, and this may result in the larvae leaving the tree and migrating in massive numbers to other trees, crossing streets, sidewalks, fences, etc.

The larva is similar to Gypsy Moth but lacks the same pattern of colored spots on the dorsal surface. It will be over 1 inch long when mature and its ground color varies, but in general there will be side-by-side rows of orange spots running the length of the dorsal side. Pale blue lines are along each side and the lower sides are a very light color. Tufts of long orange hairs protrude from either side the length of the body. The adult moth is similar to others in the genus, with males smaller than females. Color ranges from yellow-orange to dark brown with a pair of lighter stripes across each forewing, running from top to bottom.