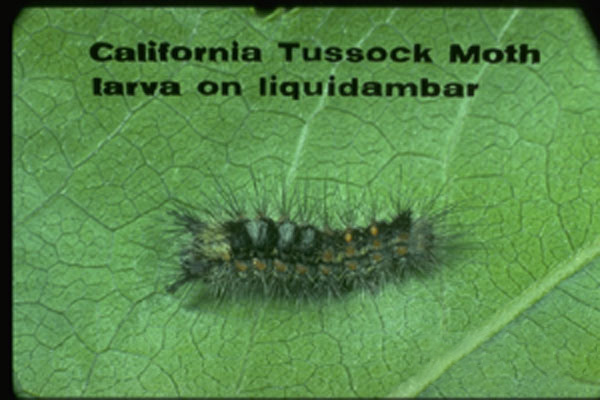 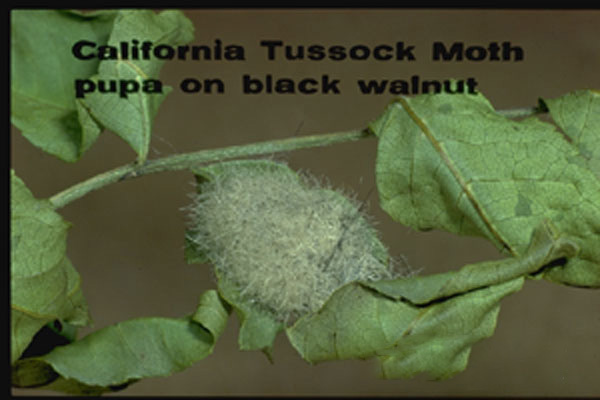 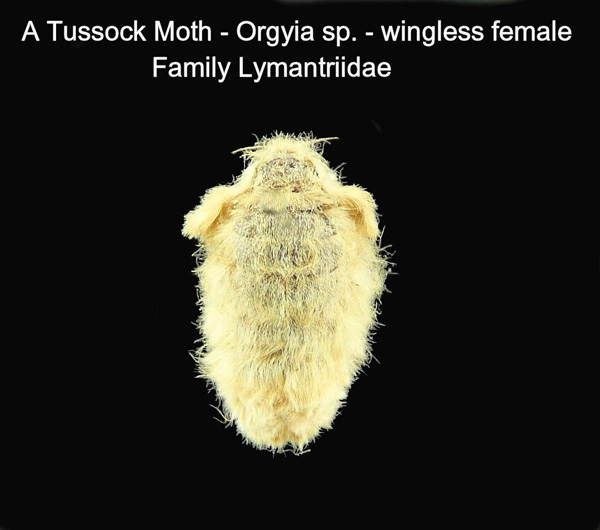 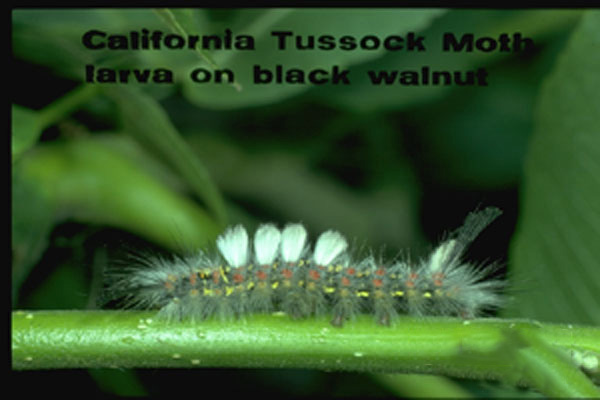 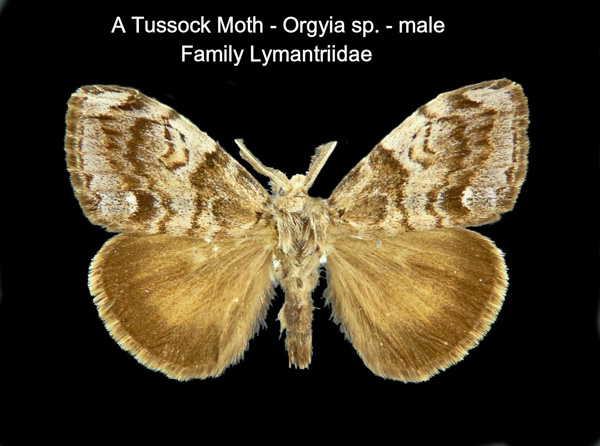 These are native species in North America.

About a dozen different species of these destructive moths occur in North America and are common throughout the continent, feeding on many different ornamental and forest trees including conifers, oak, ash, poplar, and fruit trees. Heavy infestations are capable of completely defoliating large trees. Egg masses deposited on the bark of the tree overwinter with larvae hatching in mid to late spring, coinciding with bud break on the host tree. Adult moths will be present during the summer months and there usually is a single generation each year.

The hairy larvae are similar in appearance to the Gypsy Moth in some species, but do not have the distinctive tufts of color on top – 5 pairs of blue spots followed by 6 pairs of red spots. In some species the hairs of the prominent dorsal tufts are yellow while in other species they may be pinkish, blue, or white, but consistently 4 prominent tufts all of the same color. Adult male moths of the many species are all similar in appearance, their colors ranging from dark gray to light brown, often with a white spot at the end of the forewing and usually with a wide, lighter colored band running down the middle of the forewing. The wings also are quite short and noticeably rounded. The female moth of some species is wingless.

The use of chemical sprays is often necessary to kill the larvae, including both synthetic insecticides as well as natural materials such as Bacillus thuringiensis. Sprays should be directed onto the larvae when first noticed on the foliage. A few larvae only on a tree will not cause significant damage and an insecticide treatment may not be warranted.