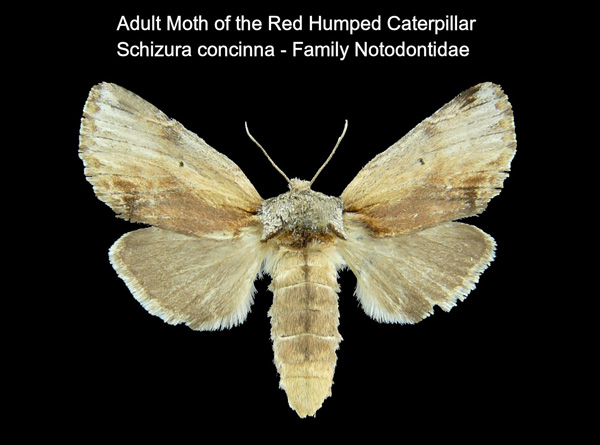 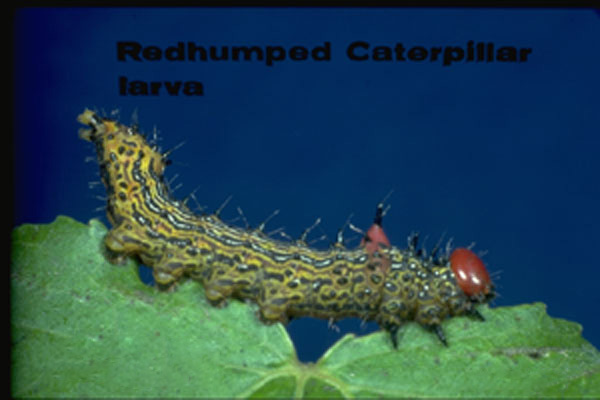 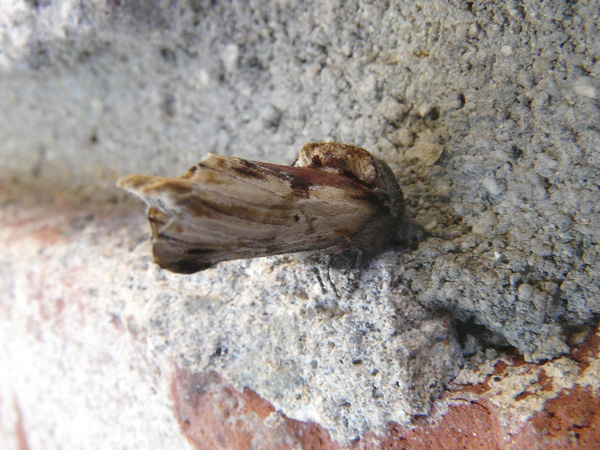 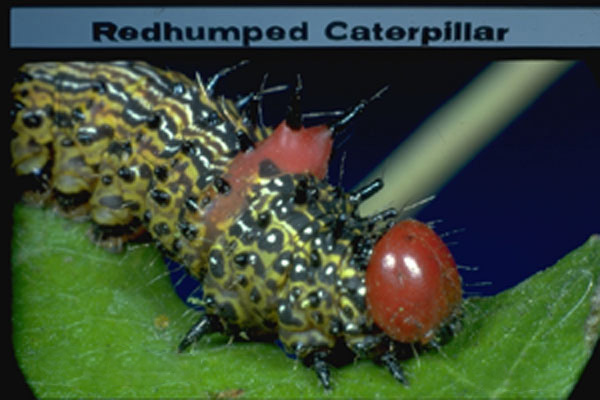 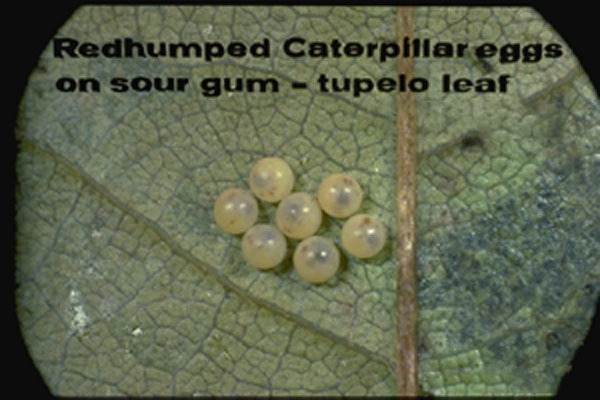 This is a native species in North America that is found throughout the U.S. and southern Canada.

The moth overwinters as a mature larva in a cocoon on the soil, pupating in the spring and emerging as the adult moth in April and May. The larvae feed on a wide variety of ornamental and agricultural trees, but is the most active on Liquidamber (sweet gum), walnut and plum, where the gregarious feeding of the larvae results in large areas of skeletonized leaves at the outer ends of branches. More mature larvae may move away from the group and feed on the entire leaf. Females may deposit up to 200 eggs and there can be 4 or more generations per year.

The common name is descriptive of the caterpillar, which has a bright red, slightly raised hump on top of the third body segment, as well as a red head. Behind the red hump there is a series of thin black lines running front to back and narrow yellow bands running along the sides. The body of the larva is sparsely covered with stout black spines. The mature larva will be over 1 inch in length. The adult moth is gray to brownish to light colored with an orange caste to it. When at rest it assumes a characteristic pose with the wings folded tightly over the abdomen and the body raised almost vertically off the surface, mimicking a broken twig.