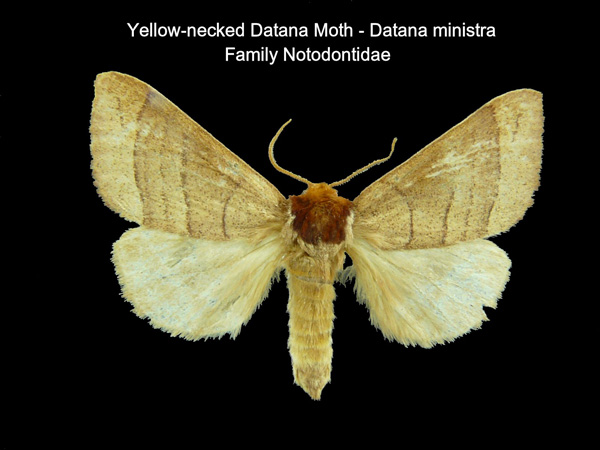 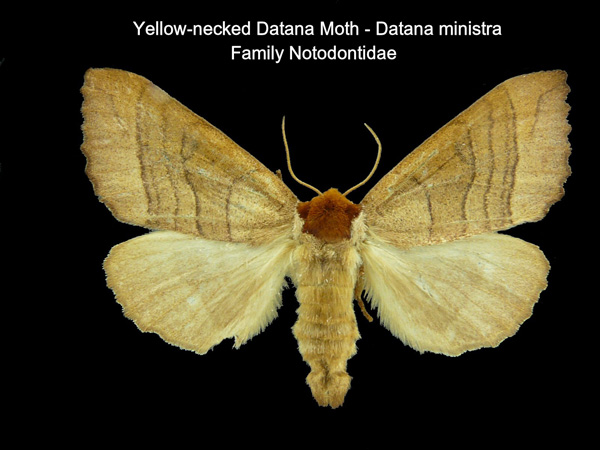 This species ranges widely in North America, occurring from British Columbia to Nova Scotia and California to the Northeast U.S., but uncommon in some places in between. The larvae feed on a variety of ornamental and forest trees, including oaks, birch, maple, and black walnut. They feed gregariously in masses of 30-100 individuals, defoliating entire branches before moving on to another. When disturbed they quickly raise their head and tail ends in a defensive posture. The moth overwinters as a pupa with the adults emerging in early summer, and several generations may occur each year.

Young larvae are deep reddish brown with 6 white or yellow stripes running down the body, and with a solid black head and forked black tail end. A few long white hairs are present around the neck and tail end. Older larvae become much hairier and their color changes to black with yellow striping and with a bright orange or yellow ring around the neck just behind the black head. The adult moth is a tan to light brown color with a wingspan of about 2 inches and with 4 darker lines running across the forewings. The head and top of the thorax are covered with rusty red-brown scales.