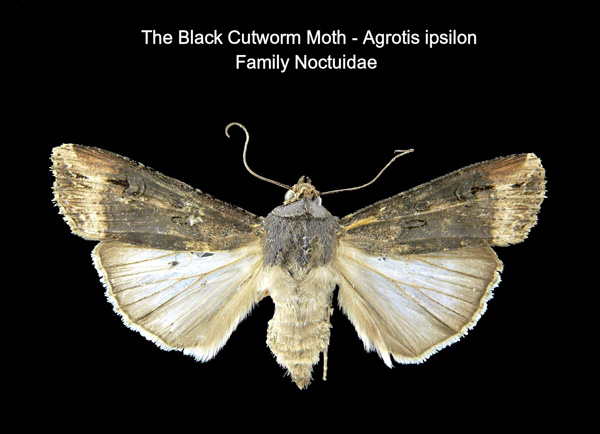 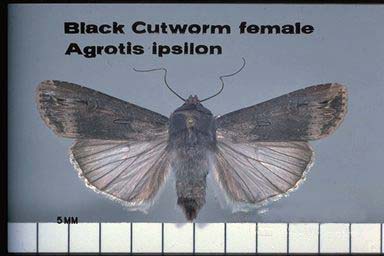 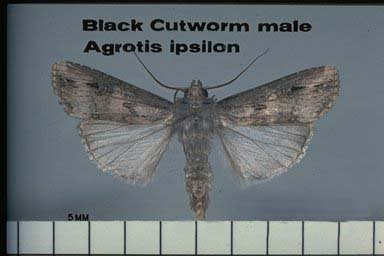 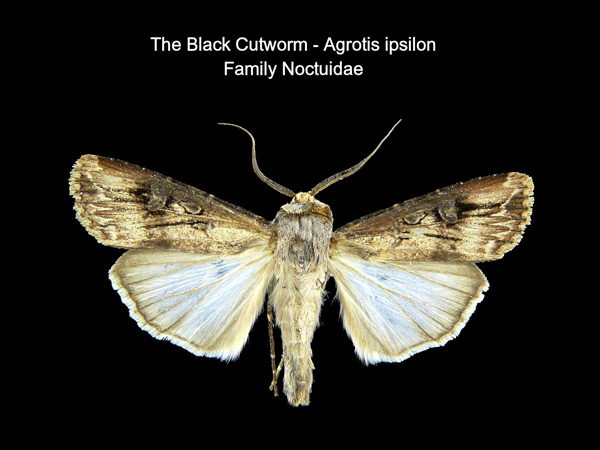 Apparently native to North America, this species is now found throughout North and South America.

The cutworms are given this name due to their habit of feeding at the base of young plants and then moving on to another, shearing off the plant as they do and causing greater damage to many plants. This does not occur until they reach their fourth instar, as younger larvae feed on the entire young plant. This species is damaging to a great many agricultural plants, such as corn, wheat, and tobacco, as well as ornamental plants and turf. The moth generally does not overwinter in colder regions, and begins its season in southern and western states, moving northward in early spring and dying out in the fall. There may be 3-4 generations each season. Females lay eggs singly or in masses of up to 30 eggs, either on the foliage or even on the soil or plant debris prior to planting of crops. A single female may deposit up to 1,300 eggs. The larvae tend to spend the daytime buried in the soil, emerging to feed on the foliage by cutting off the stem at the base. If conditions are dry they may move directly into the stem to feed. Pupation occurs in the soil.

The mature larva may grow to as long as 1.5 inches and is a solid dark gray to black color on top and the sides. The spiracles along the sides are black. When disturbed or uncovered the larva exhibits the typical behavior of curling into a coil. The adult moth is large, with a wing span of about 2 inches. The forewings are relatively narrow and a dark brown color with several black dashes along the middle veins. The outer third of the forewing is lighter brown and the hind wings are white with brown margins.

Removal of plant debris on the soil will help to remove oviposition sites. The major damage from the Black Cutworm appears to be on corn, and ornamental plantings suffer little to no particular damage. If control is needed a soil-applied granular insecticide will help to kill the larvae as they emerge to feed.