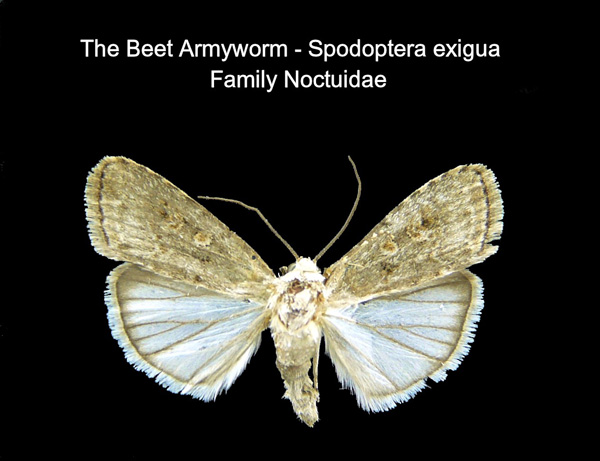 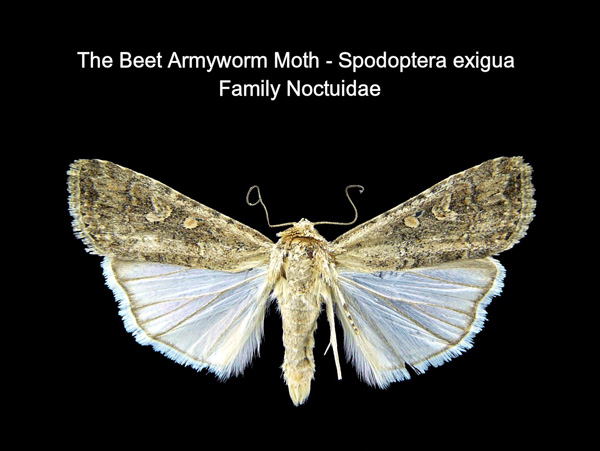 Native to Southeast Asia but now found throughout most continents in warmer regions.

This widespread and common moth is native to Southeast Asia, but was first found in the U.S. in Oregon in 1876, and now can be found nearly throughout the U.S. and Latin America as well as most other continents. It does not survive cold winters and survives the winters in the southern states, moving northward each year with warm weather. Despite its common name this moth’s larva feeds on a wide variety of agricultural crops, including tobacco, cotton, tomato, lettuce, and many others. Young larvae feed in clusters, often defoliating the leaves, and older larvae feed more solitary. Females lay eggs in masses of 50-150 eggs, and may lay up to 600 eggs per female. Complete development from egg to adult moth may be as short as 24 days, with up to 6 generations possible in just 5 months in warm climates.

The mature larva is a pale green color with a lighter, broad stripe along each side. The color can vary from lighter to darker shades of green and there are practically no hairs on the body, which grows to about ¾ inch long. The adult moth is a drab mottled gray on the forewings with one or two orange spots at the middle of the wing. The hind wing is bright white with dark edges. The pupa is dark brown and is found in a chamber in the soil.

Natural enemies such as parasitic wasps and flies and predatory bugs such as damsel bugs and pirate bugs take a big toll on the eggs and larvae of this pest moth. Red Imported Fire Ants feed on the larvae and pupae. It is suggested that natural enemies will generally keep the moth under control without the use of insecticides. Insecticide applications may be used to control a severe problem, but it is suggested by university resources that these be avoided if possible.