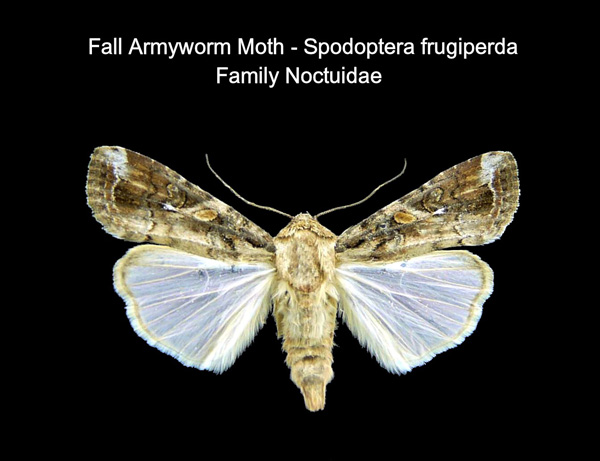 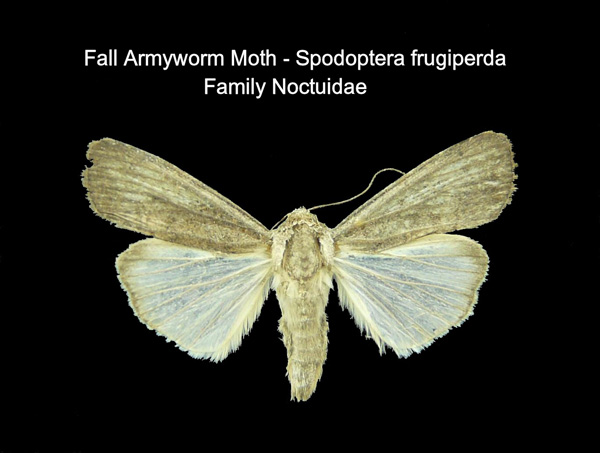 This is a native of North and South America and is found throughout the warmer regions of these continents. It does not survive the winters in cooler northern states but may migrate northward during the summer.

Being native to tropical areas this moth may have only a single generation in northern states but up to 4 generations per year in the Gulf states. The complete life cycle from egg to adult can be completed in as little as 1 month in warm regions, but require up to 3 months in cooler climates. Preferred host plants are corn and sorghum as well as Bermudagrass and other grass weeds. A variety of other agricultural crops are also attacked including wheat, cotton, peanuts, and rice, as well as the foliage of many fruit trees and occasional ornamental plants. Females are capable of laying over 2,000 eggs, usually in masses of from 100-200 eggs, deposited onto the foliage and covered with a gray material that gives it a fuzzy look. When mature the larvae move into the soil to pupate.

The adult female of this species is similar to the Beet Armyworm, but it is slightly larger. The male is quite different in appearance with its forewings colored with large brown patches, a white patch at the end of the wing, and a large curved, orange dash at the center. The hind wings are white. The larva has the typical cutworm appearance of smooth and lacking hairs and it bends into a coil when disturbed. The top of the body is a long, broad brown stripe with light bands along the sides. On the top of the black head there is a white line in the pattern of the letter “Y”.

The damage from this moth is generally to agricultural plants, and if found in landscape its presence would be insignificant. On crops a variety of chemical and non-chemical practices are used for management.