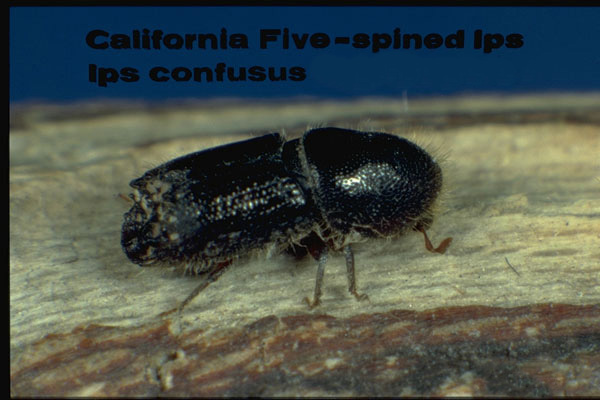 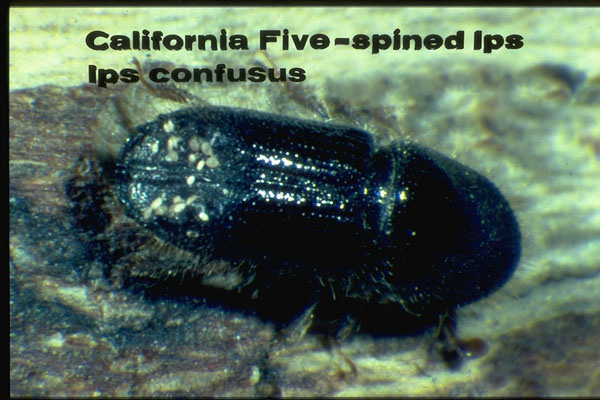 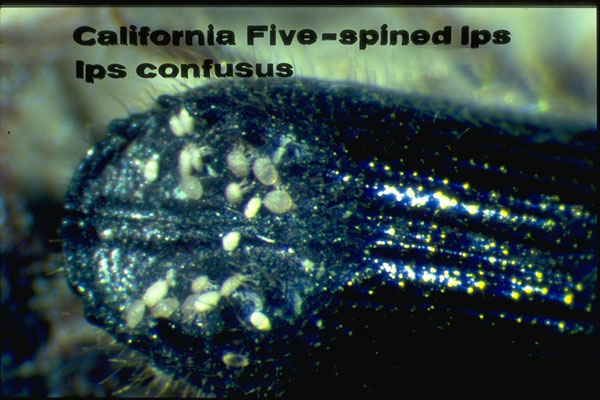 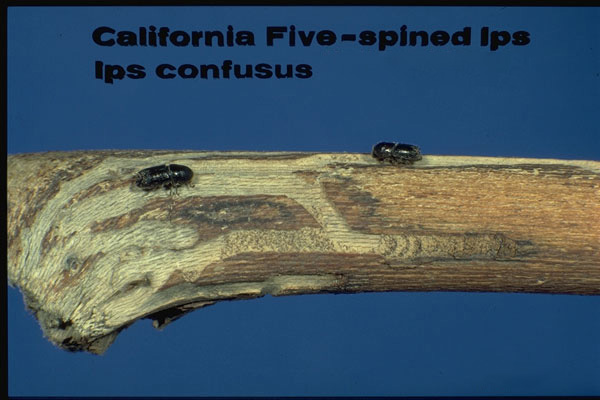 These are native species that are found throughout North America.

There are 23 species of Ips beetles in North America, the name “Ips” being Greek for “a worm”. They feed primarily on conifers such as pine and spruce, usually on weakened, stressed, or dying trees, but occasionally also on tops and branches of healthy trees. They are not considered as destructive as bark beetles in the genus Dendroctonus, and freshly downed logs will often be attacked by the females. Removal of trees for fire prevention and drought stress are two primary factors in outbreaks of these beetles. Adult beetles overwinter in cavities at the base of trees or the soil below and emerge in the spring. Males then burrow through the bark of a tree to create a nuptial chamber, females are attracted to this site, and mating takes place. The females then burrow under the bark in the cambium to create egg galleries, keeping the galleries cleared of frass by pushing the waste material back out of the entrance hole. The larvae then burrow laterally off the egg gallery and have the potential to girdle the tree in heavy infestations. There will be several generations each year.

Adult beetles are about 6-8 mm long and brown to dark brown to black in color. A distinctive character of this genus is the concave area at the junction of the wings at the posterior end. This obvious cavity is lined on either side with spines, from 3 to 6 spines on each side depending on the species of the beetle. The antennae are typical of bark beetles with several very small and short segments and a much larger, rounded terminal club.

Maintaining trees in a healthy state will help them to repel attacking beetles. Preventive applications of residual insecticides may be applied to the trunk and branches prior to the emergence of the adult beetles in the spring. Systemic insecticides may also be helpful, either as soil applied chemicals that are taken up by the roots or as trunk injections. Rapid removal of downed trees and pruned branches will reduce the attraction of the beetles to an area. Chipping and de-barking will also kill and discourage the beetles.