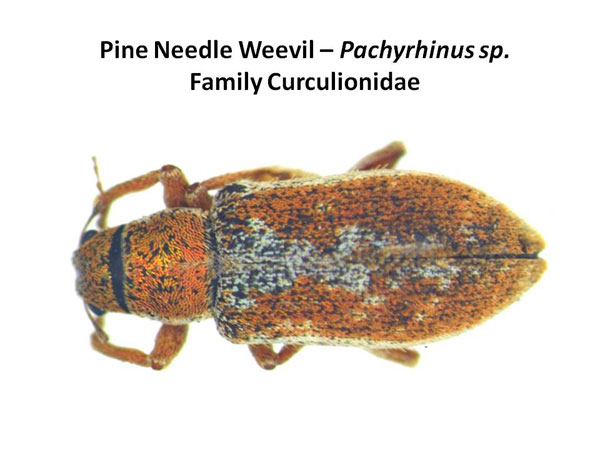 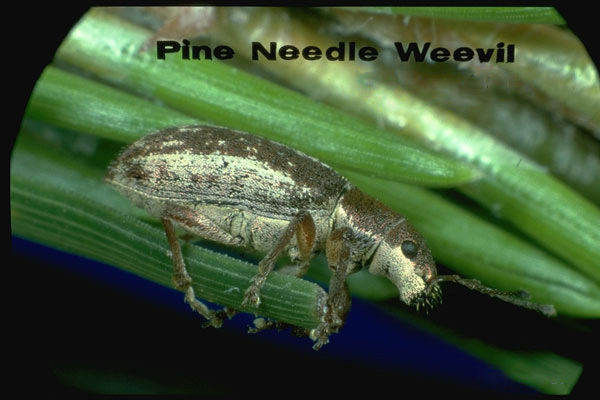 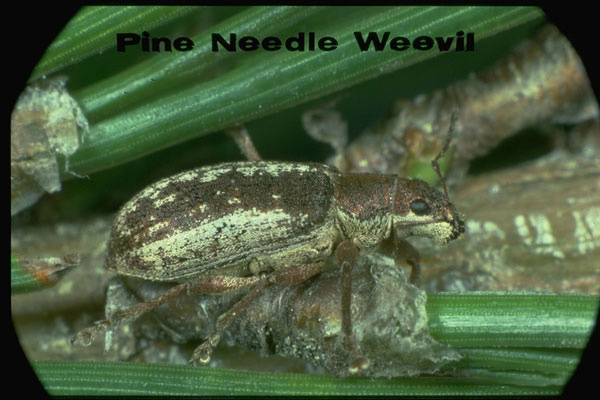 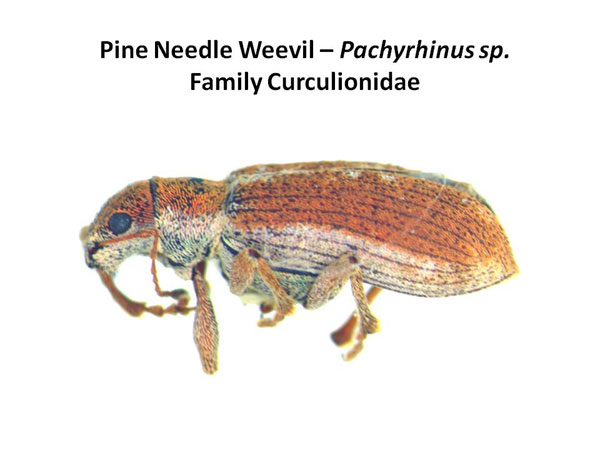 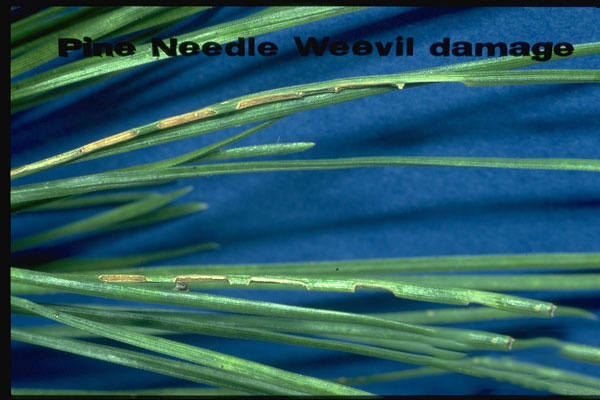 These are native beetles in western North America.

The larvae of these beetles feed on the roots of the plants while the adults feed on the needles, often on the tender growing tips, resulting in stunted growth and even distorted growing areas that become bushy. Several species are found in western North America. Adult beetles overwinter in litter below the trees, emerge in the spring, and females deposit eggs by gluing several needles together and depositing the eggs in rows within these needles. When the eggs hatch the larvae drop to the ground to feed on the roots. The life cycle will normally take 2 years in northern regions.

The adult beetles are about ¼ inch long and have elongated, cylindrical abdomens with the wing covers fairly wide at the front end. The thorax is much narrower and the snout is very short and blunt with long, thin, elbowed antennae arising at its base in front of the eyes. Their colors range from light brown to gray to a reddish-orange color, typically with a much lighter central area on the wing covers running from front to back. Overall they are covered with short hairs.

Generally the feeding of these beetles will not harm the overall health of the trees, and control is not needed. If adult populations are high they may be killed with a labeled contact insecticide, timed for when the adults are first observed but before they have laid eggs.