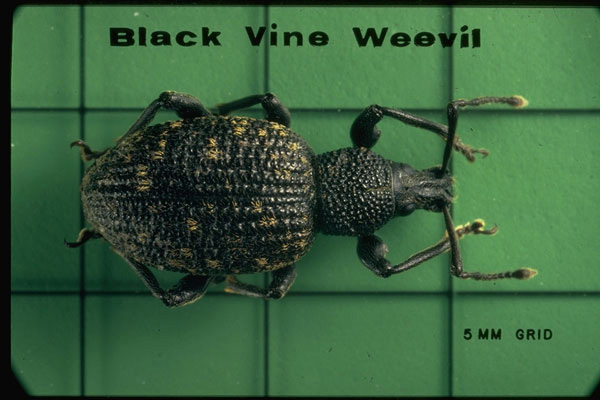 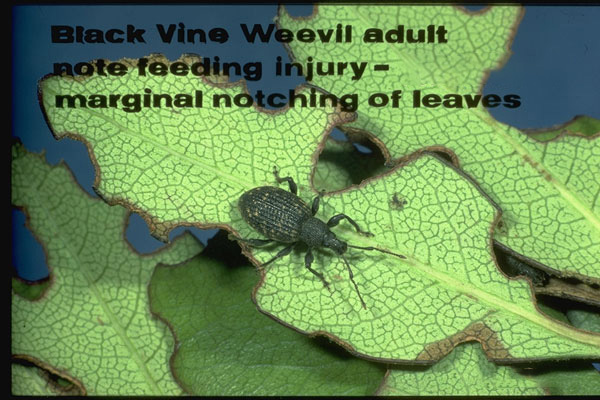 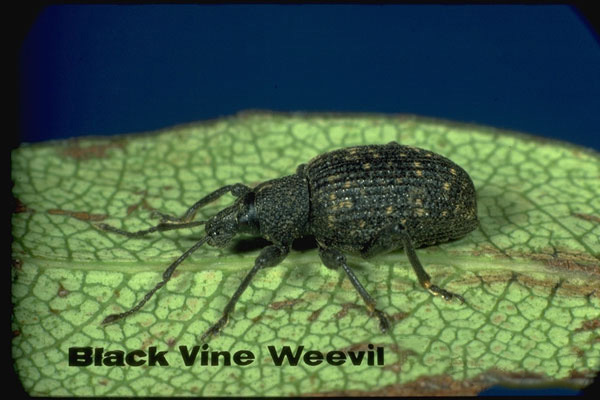 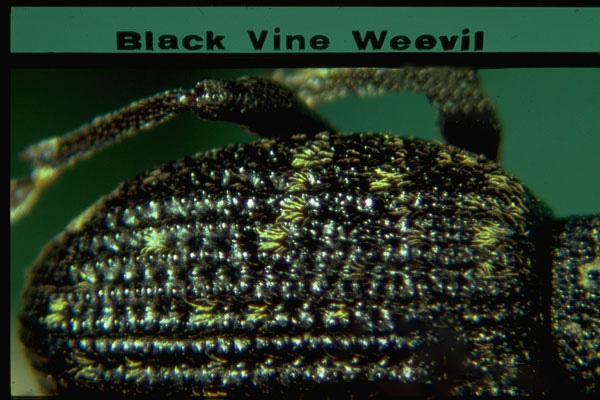 It is believed that this beetle is native to northern Europe, but it has been present in North America since at least 1835. It now is found throughout the world.

This beetle typically has only 1 generation per year in outdoor environments, but as a pest in greenhouses may have 2 generations. The larvae overwinter and resume activity in the spring, finally pupating in late spring. Adult beetles emerge in early summer and females deposit eggs throughout their life, placing them on the soil or in leaf litter near the base of plants. In some cases the adult beetles overwinter and resume activity in the spring. Adults and larvae will feed on a wide variety of ornamental plants, the larvae feeding on roots and the adults feeding on the foliage. Only females are known for this species, as it is parthenogenetic, reproducing without mating. The adult beetles can occur in great numbers, often entering structures as they wander around. They are incapable of flying.

This stout looking beetle is about 3/8 inch long and solid black except for a number of tufts of yellowish scales on the wing covers. It is very cylindrical in shape with a rounded abdomen and wing covers. Damage from adult feeding has a typical appearance of many small, rounded notches along the margins of the leaves.

Control has to be aimed at the adult stage, as the larvae may be feeding deeply in the soil. Contact insecticides applied to and around susceptible plants will kill feeding adults as well as those contacting the active ingredient as they wander. Beetles found indoors may feed on indoor plants, but generally can be removed physically with a broom or vacuum.