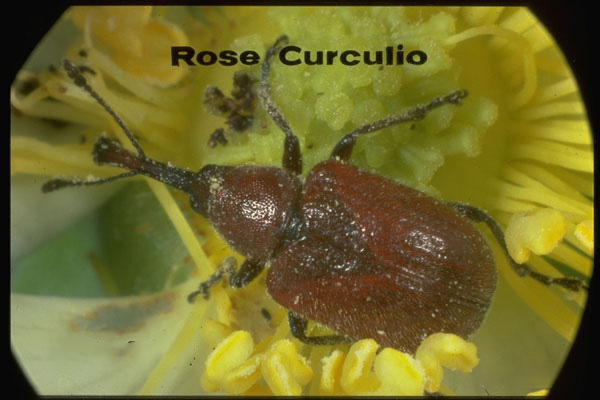 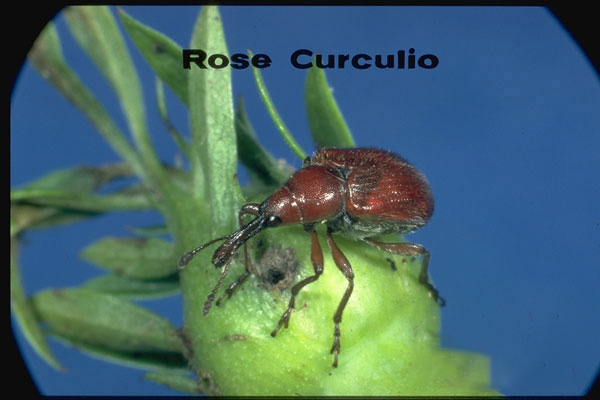 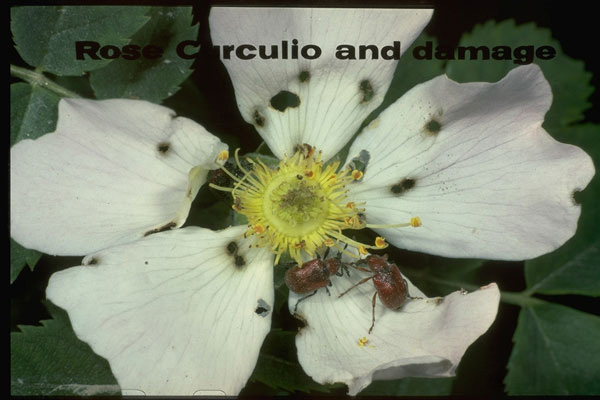 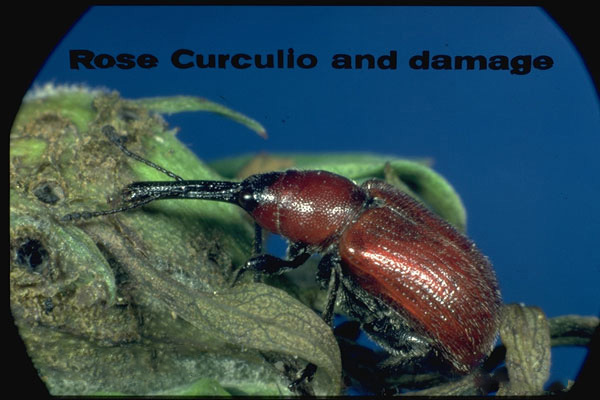 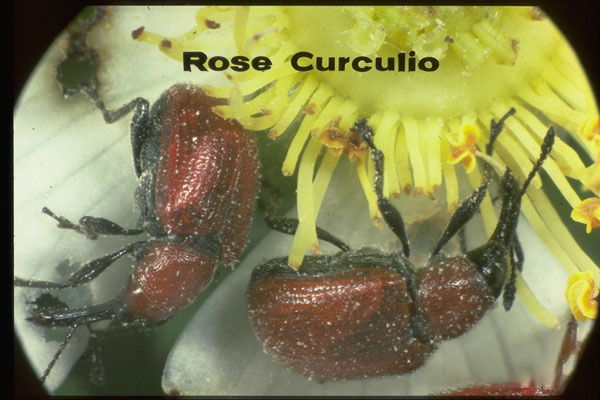 A native beetle in western North America, and found throughout the continent, but primarily in the northern states and southern Canada, and most common in the West.

Both adult and larva feed on roses, the larvae emerging from the rose “hips” that develop after the petals drop and the adults and larvae feeding on the developing rose buds. The small holes they chew into the buds then are seen as rows of evenly spaced holes in the petals once the flower opens, seriously damaging the appearance of the flower. When flowers are unavailable the adult beetles will also feed on soft new shoots of the plant as well as on tender stems. Females create holes in the rose hips to deposit their eggs. There is a single generation each year.

This is a fairly distinctive beetle. The adults are bright dark red in color over their wing covers, head, and thorax and with a long, black snout. The wing covers (elytra) are wide and more or less square, but somewhat wider at the front than at the back end. The thorax is distinctly narrower and narrows even more toward its anterior end.

Contact sprays will kill adults and larvae but must concentrate on the buds and open flowers, beginning when the first adult beetles are seen in late spring to early summer. Pruning off and disposing of spent flowers will also remove eggs that may be within the developing rose hips. Hand picking adult beetles when only a few are present is also effective.