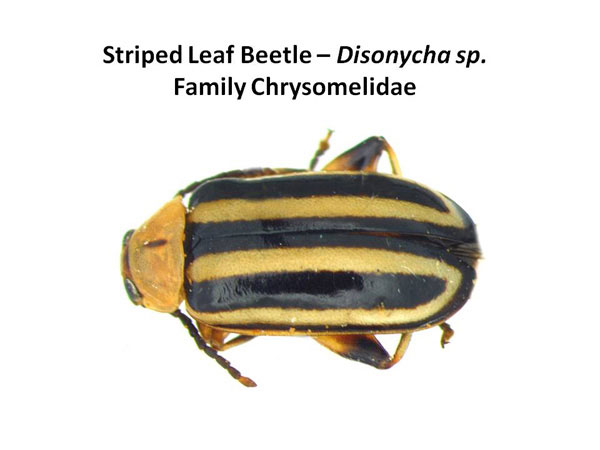 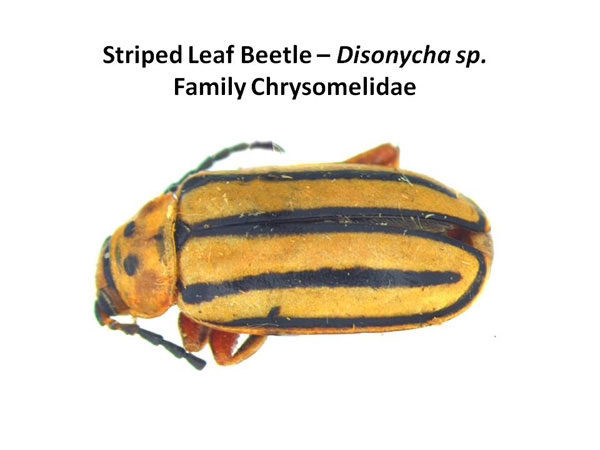 These are primarily native insects in North America.

Most species are colorful beetles with a yellow or orange thorax and black and white striped wing covers. Other common species are solid black or metallic dark blue on the wing covers and orange or red on the thorax. The first segment of the hind legs (the femur) is often much more expanded than the other segments, and gives the beetle the ability to quickly hop when disturbed.

Flea beetles damaging ornamental plants can be killed with applications of residual insecticides made when the larvae are present on the foliage. Systemic insecticides applied to the soil are also very effective by moving the active ingredient up the tree and into the foliage to be eaten by the feeding beetle larvae. This application needs to be done well in advance of the presence of the larvae.