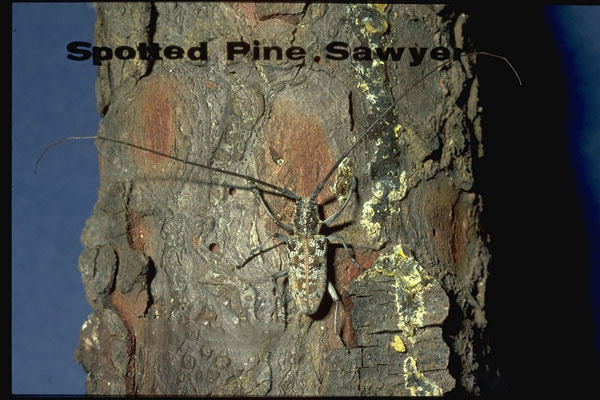 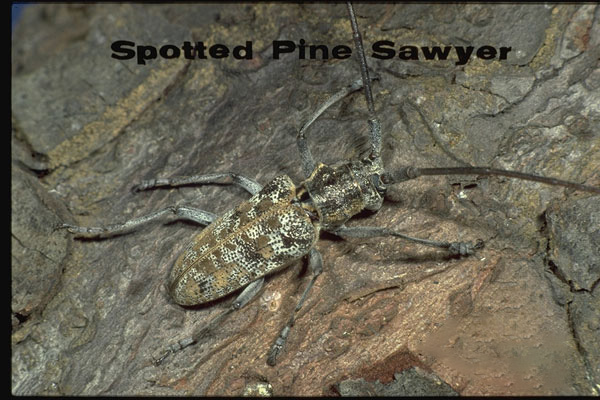 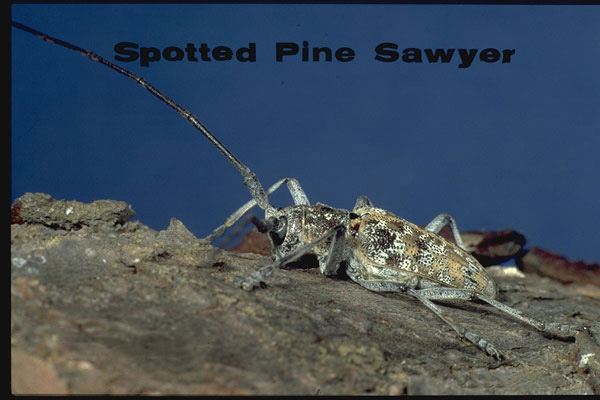 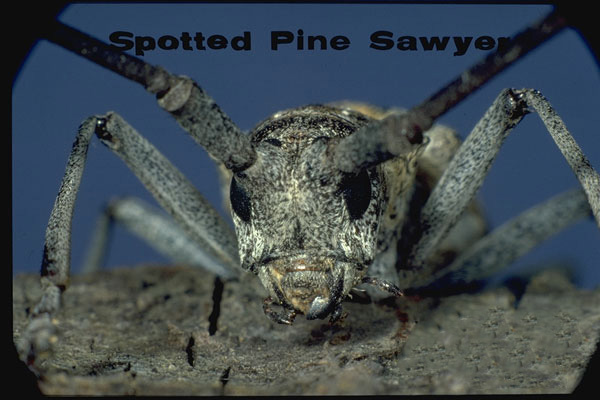 This is a group of 8 species in North America, and some of these may be seen commonly during summer days as they fly in open areas of woodlands. They feed on dead conifers and are important in the decomposition and recycling of these dead trees. One non-native species, the Japanese Pine Sawyer, is known to carry a nematode that causes pine wilt, so this one can cause damage to non-native pines. Otherwise the beetles are harmless to forest or landscape trees.

Most of the species have adult beetles about ¾ to 1 inch long and with very long, narrow antennae, the antennae of the males often twice or more the length of the beetle. The color overall ranges from coppery brown to dark grayish-black, often with a metallic sheen. The wing covers narrow toward the posterior and are widest at the front. The thorax is much narrower than the wings and often has a widened spine-like expansion at its middle on each side. There are varying degrees of lighter tan or white mottling over the thorax and wings.

No control normally is necessary for these beetles. If they emerge in a home from infested wood it indicates wood that had the larvae in it when it was built, and they cannot re-infest structural wood. Adult beetles are attracted to lights at night, so keeping doors closed will keep the beetles from entering.