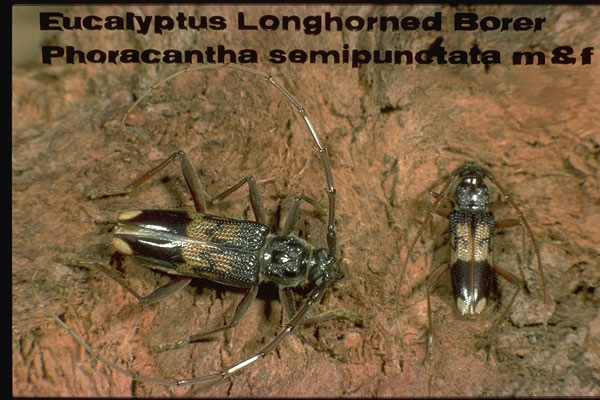 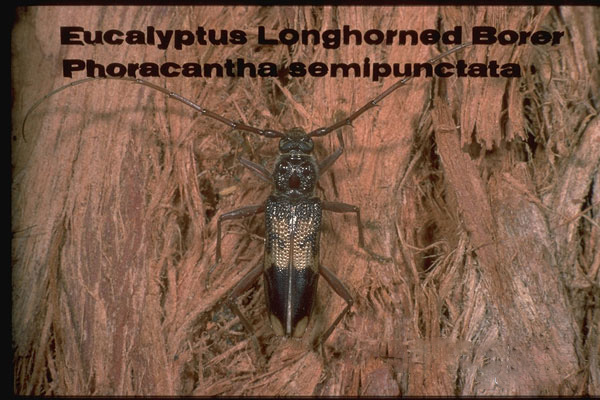 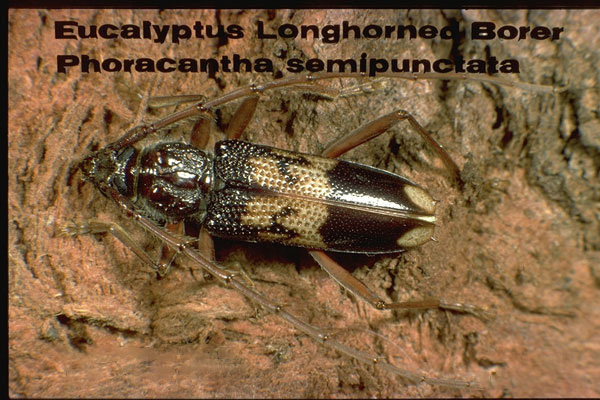 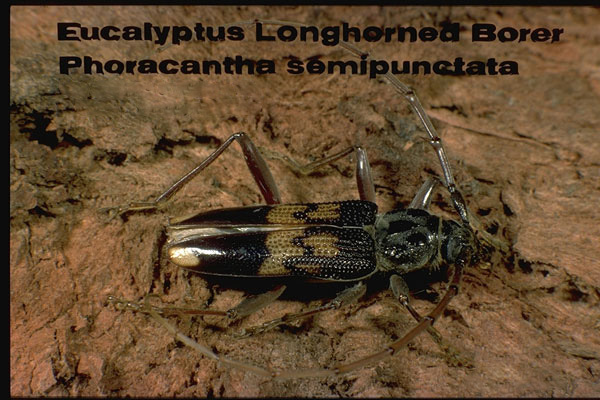 Native to Australia and introduced in 1984 to California.

This species is one of two in the genus that were accidentally introduced into California in 1984 and 1994. They feed exclusively on eucalyptus trees, and at least 90 varieties of these trees currently grow in the western states, particularly California where the climate supports this group of trees from the Australian region. The beetle is drawn to freshly cut eucalyptus, to dying limbs of trees, and to trees under stress as from drought. Female beetles deposit eggs under loose bark of the tree and the larvae burrow into the cambium layer to feed, resulting in girdling of the tree. In warm months the life cycle may complete in just 4 months, with up to 3 generations per year possible.

This is a fairly large beetle, adults being an inch or more in length and with very long orange antennae and long orange legs. They are a shiny black on the head and thorax and the wings are black and yellow-orange, the black consisting of a wide bar across the wings at the lower half and black marks on the upper half of the wings.

A wasp parasite from Australia has been introduced that has shown great success in controlling these two beetles. The female wasps deposit their eggs into the eggs of the beetles, with up to 5 wasps emerging from a single beetle egg. The wasp is particularly effective against one of the beetle species and less effective on the other. Other parasitic wasps are now being researched and this is the major path taken for control of these pests.