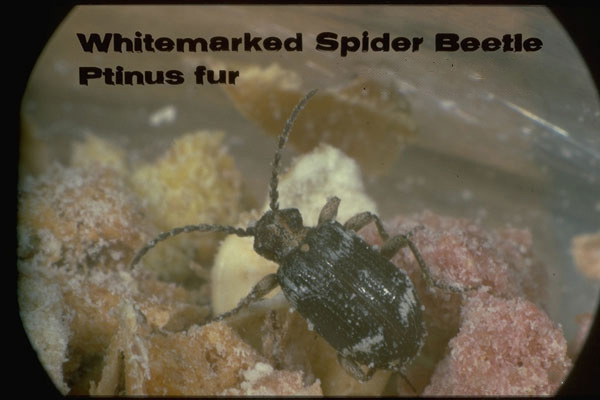 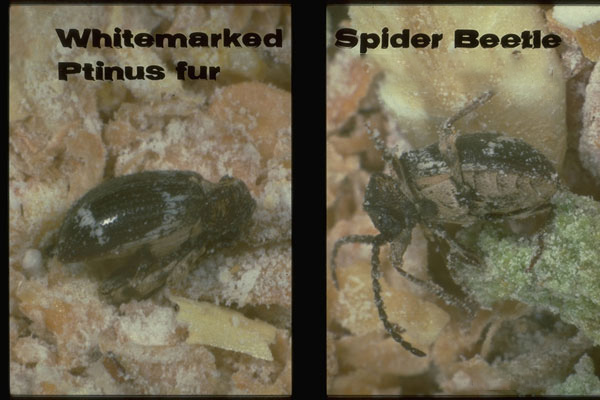 The White-marked Spider Beetle is similar to the Brown Spider Beetle, with a uniform dark brown coloration over the body. However, it also has patches of white scales and hairs on the front and back of its elytra and on the top of the prothorax. Males have a more elongate abdomen than do the females. They also may be slightly larger than the Brown, with adults up to 4.3 mm in length.