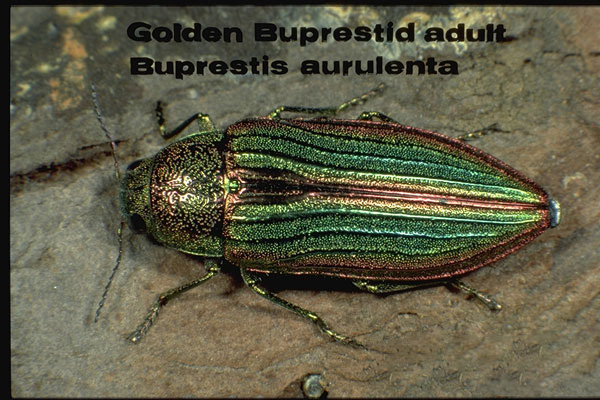 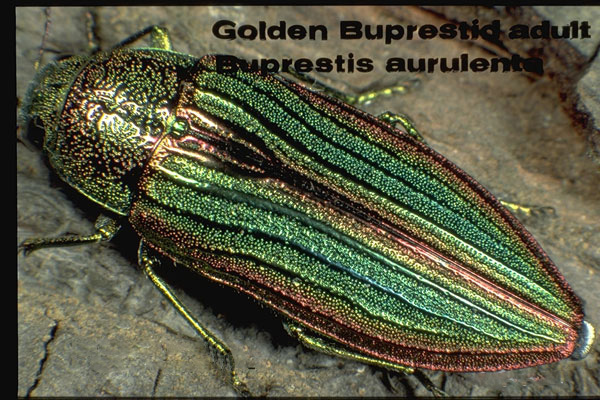 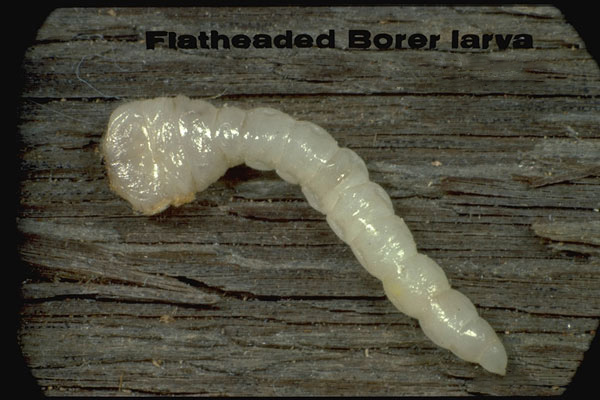 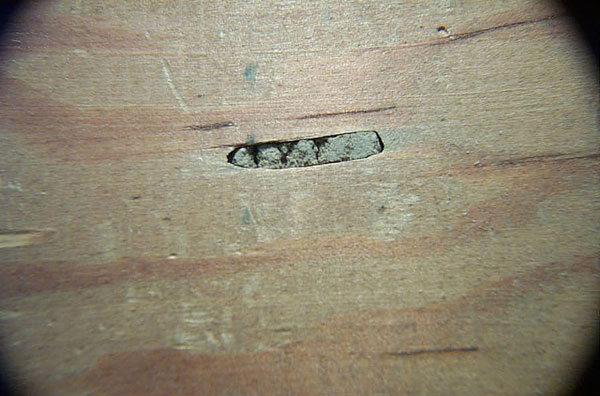 These large beetles infest primarily softwoods such as fir, and are particularly found in Douglas Fir, which the larvae feed on only after the tree has died. They are commonly built into structures in infested lumber, as the milling process does not kill the beetle larvae already living in the dead tree. They will not re-infest structural wood members, but many cases have been seen where the adult delayed emergence from the wood for up to 50 years.

Adult beetles are large and brightly metallic green on top, and either green or copper on the ventral side. They may be almost an inch long, with short, beaded antennae and a flattened boat-shaped body. The larvae are distinct and are referred to as flat-headed borers due to the appearance of the anterior end, where the thoracic segments are greatly widened and flattened in comparison with the rest of their body.

Control is generally not necessary, as once the beetle adults emerge the infestation is complete and will not continue with future generations.