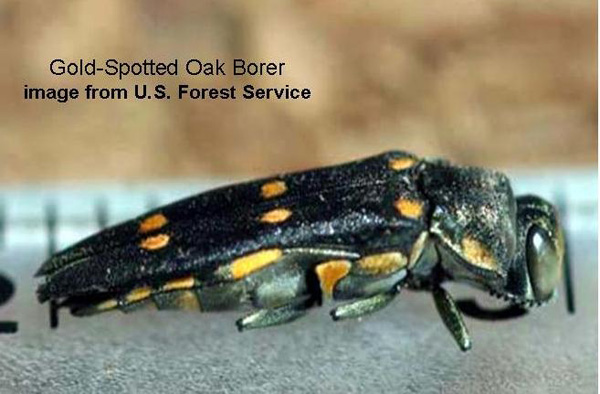 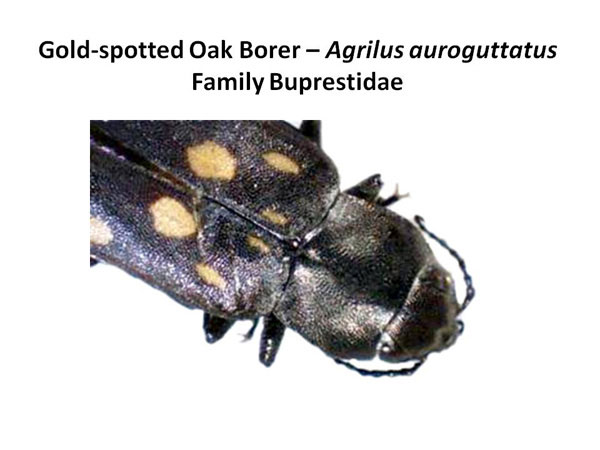 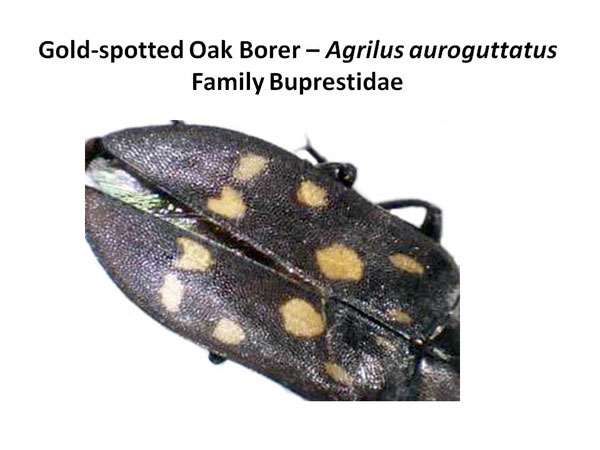 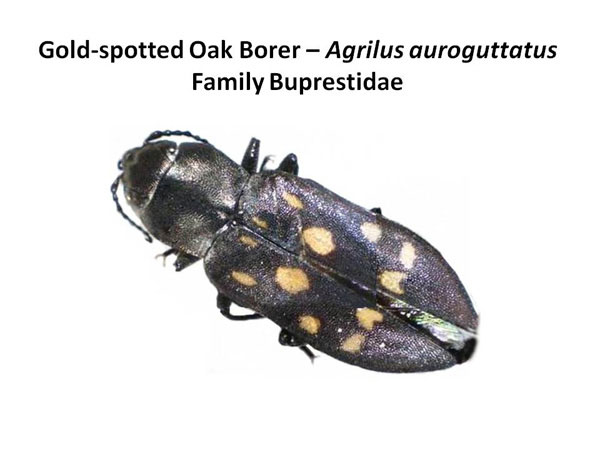 The gold-spotted oak borer is native to southeastern Arizona and a very similar species – Agrilus coxalis – is found in central Mexico to Guatemala.

Oddly, in its native range in Arizona this beetle is not a pest problem, but since its 2004 discovery in southern California is has killed over 80,000 oak trees (by 2012) in San Diego County, CA. It attacks a number of different species of native and important California oak trees. Adults are active in late spring to early summer when the female deposits eggs into crevices in the bark of the tree. The larvae then bore through the bark and live within the phloem (water conducting) tissues in the cambium.

Adult beetles are very distinctive, with an overall dark metallic green to black body on top, but with several bright orange spots on the elytra and along the margins of the elytra as well as on the sides of the thorax. It is about ½ long. The larvae are typical of flat headed borers, with elongate white bodies that are flattened, and with the second segment of the thorax behind the head wider than the rest of the body. The feeding galleries under the bark will be oval in profile and filled with the sawdust-like frass as the larvae moves along. Oval emergence holes of the adults will be found on the bark of infested trees.