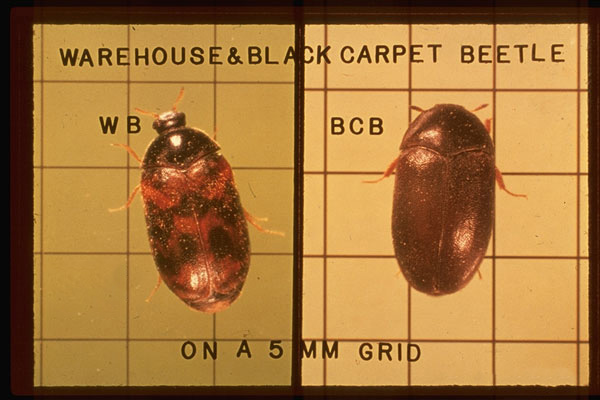 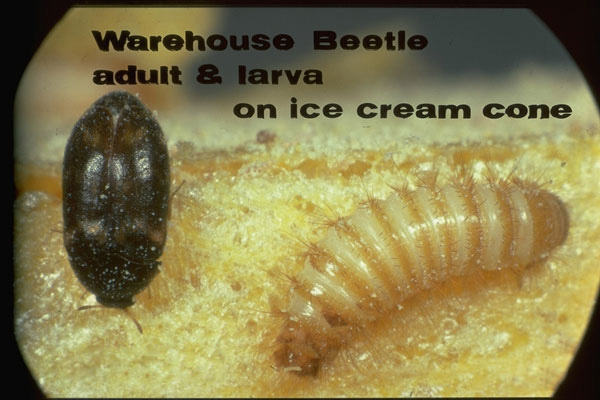 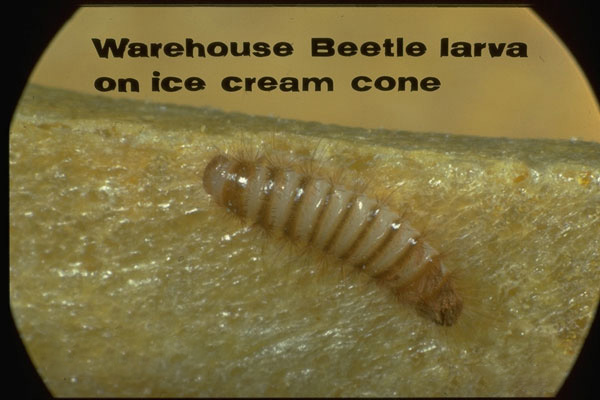 Possibly unknown, as it is worldwide in its occurrence now, and is found widely throughout the United States. A close relative, the Khapra Beetle, originated in India.

The warehouse beetle is considered to be one of the most destructive stored food pests in North America, and while it may infest the same kinds of animal byproducts as the carpet beetles do, it is the damage to food products that is most important. It infests the range of products such as grains, meals, cereals, pet food, pastas, dried vegetables, nuts, and spices. Another concern is with human health, as there are documented incidents of severe intestinal pain caused by the ingestion of the hairs from the larvae of other Trogoderma species, and it may occur with the warehouse beetle as well.