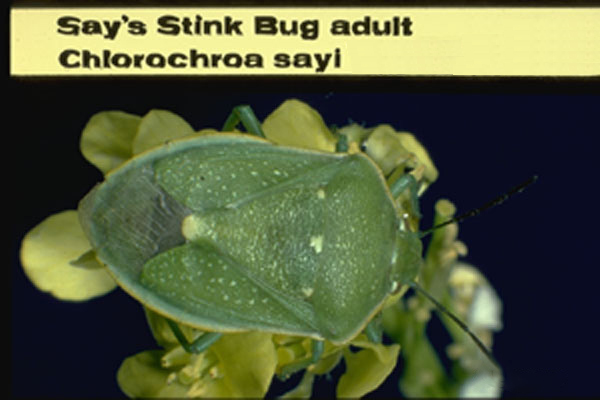 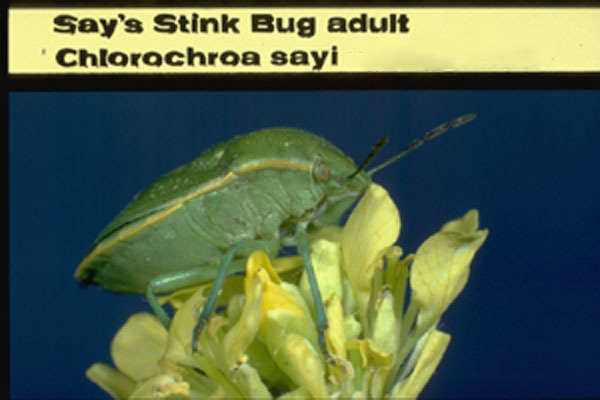 Say’s stinkbug is one of several green species in the U.S. They are relatively large, up to nearly ¾ inch in length, and with the typical shield-shape when viewed from above. They are green in the spring and summer, fading to brownish in the fall, with narrow yellowish borders around their thorax and wings, which are held flattened and molded to the top of the abdomen while at rest. Typical of stinkbugs is the very large triangular scutellum that is between the bases of the wings.