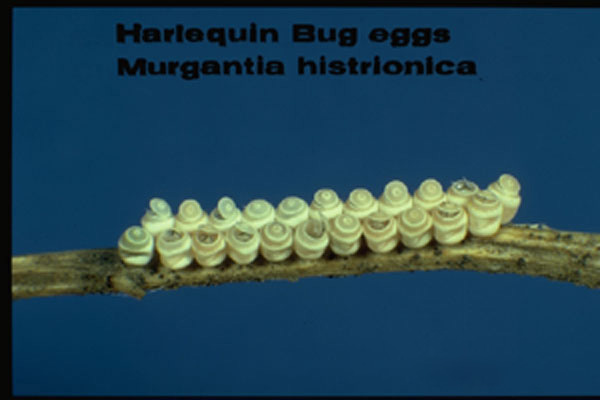 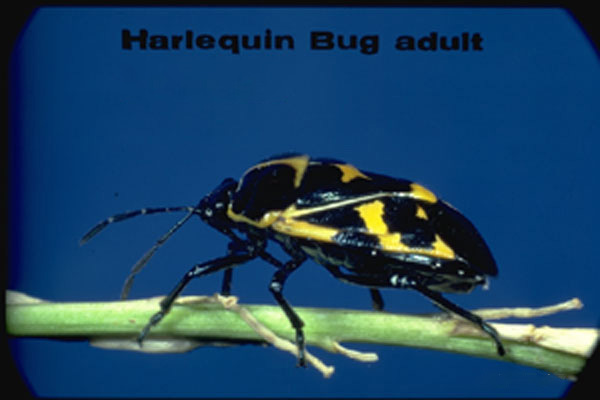 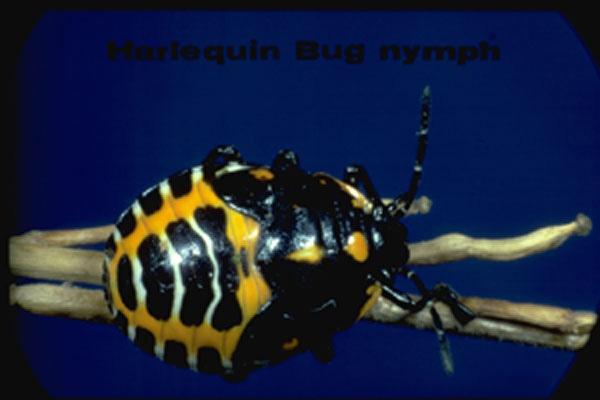 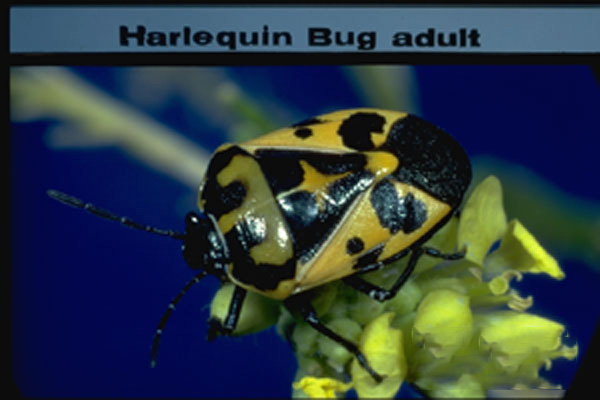 Native to Central America and Mexico, but now present throughout the entire United States.

This insect is particularly fond of plants in the family Cruciferaceae, which includes mustards, pepper grass, bittercress, and others, as well as many important crops such as corn, beans, tomatoes, squash. As they feed they cause discoloration and wilting of the plant tissues, and young plants may be killed. Typical of many true bugs the adult stage over-winters, usually concealed in plant debris, and often active in the winter in warmer Gulf Coast areas. They resume activity in the spring when the female lays up to 155 eggs, in double rows of about a dozen eggs which hatch in about 3 weeks, and sooner in warmer months for later generations. Development through 5 instar stages to the adult insect takes about 7 weeks, with up to 4 generations per year.

A very distinctive insect in the adult stage, with its pattern of shiny black and bright reddish orange markings on the top of the thorax and the wings. Adults are around ½ inch long, and have the large triangle-shaped scutellum between the bases of the wings that is typical of the stink bug family. Nymphs are correspondingly smaller, are without wings, but have the same black and red checkerboard pattern over their body. The eggs are deposited in clusters of several rows on the foliage.

Good cleanup of fallen leaves and other plant debris in the fall will reduce over-wintering sites and remove many of the bugs that have hidden there. Small numbers of the insects on landscape plants may be tolerated and little to no damage would be noticed. For larger infestations a residual contact insecticide applied to the foliage may be effective. Since they also feed on weeds the removal of weed growth, particularly legumes, along the perimeter of crops or landscape will help reduce the numbers of the bugs in the area.