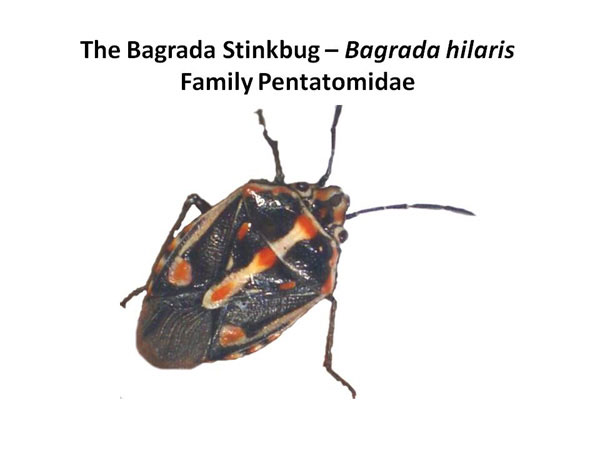 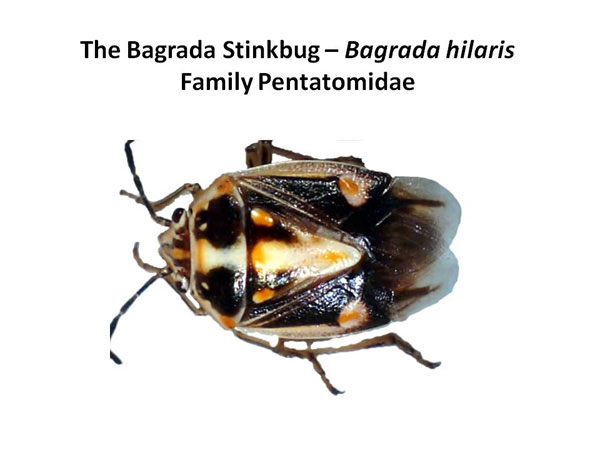 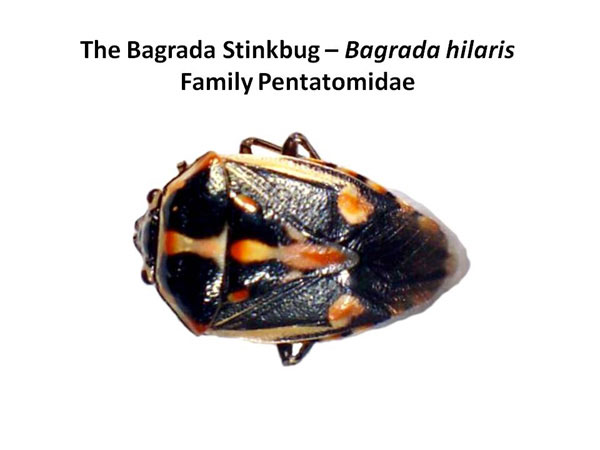 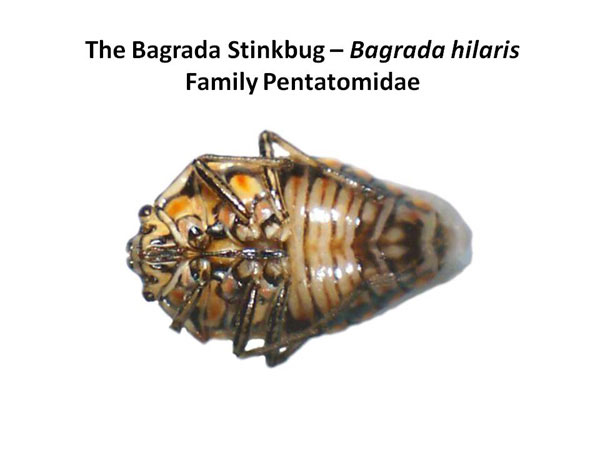 Native to Africa and Asia but introduced to many other regions including the U.S. Southwest in Arizona and California.

This introduced pest was first discovered in Arizona in 2008 and subsequently in California later that same year. It is a serious pest of crops such as crucifers (turnip, mustard) and kohl (cabbage, broccoli, cauliflower) where its feeding causes yellowing, wilting, and stunted growth. It also has been found feeding on papaya, sorghum, potato, cotton, and some legume crops. As with all stink bugs it feeds with a long proboscis that it inserts in the plant, sucking out the plant’s juices. Females lay up to 100 eggs in clusters on the plant or in the soil. The eggs hatch within a week and the nymphs develop to the adult stage over the next few weeks. This insect has been found to invade homes in the fall to spend the winter inside, typical of many kinds of stinkbugs.

This is a very distinctive insect. Adults are no larger than ¼ inch long, with overall dark gray to black coloration. They have red/yellow lines and spots on them – a band running lengthwise on the thorax and another on the scutellum, which is the large section between the bases of the wings, a large spot on either side of the wings and bands around the prothorax and sides of the abdomen. They may be confused with the Harlequin Bug but adults are smaller and spots are different. Nymphs are bright orange, turning darker as the mature. The wings on adults are held flat over the abdomen and across each other, creating the distinctive “X” pattern on top typical of true bugs in the Order Hemiptera.

Control of structure-invading bugs begins with a strong effort at exclusion, closing all openings they may enter, concentrating on the eaves and roof areas. Once inside they may be killed with treatments directly into the voids they inhabit, or the use of a vacuum for physical removal. The use of contact insecticides on infested plants will kill nymphs and adults.