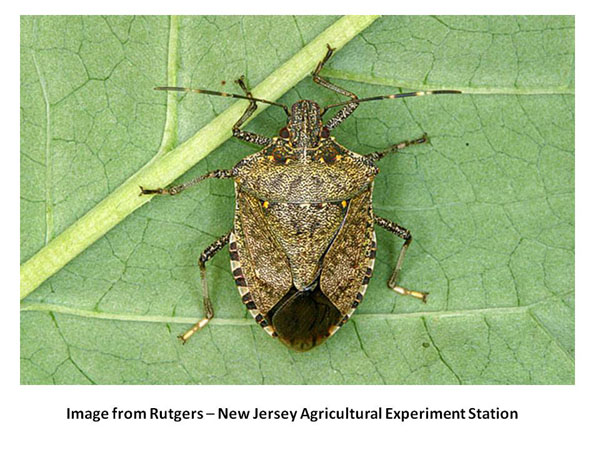 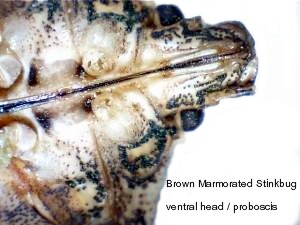 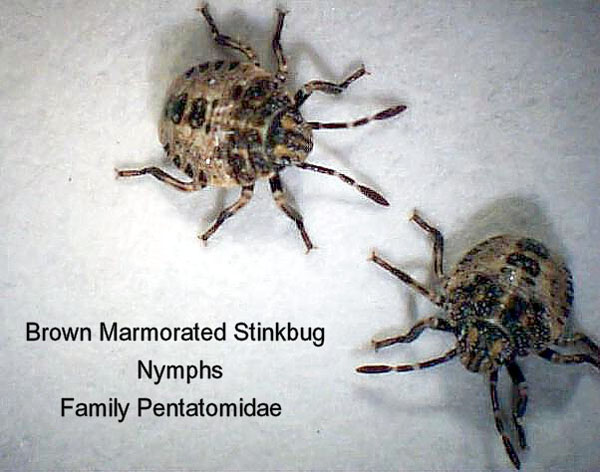 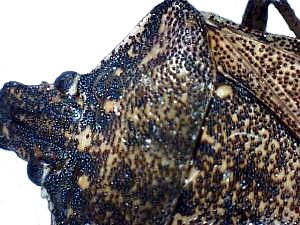 Native to the Oriental region of China, Japan, and Korea, but introduced to the eastern U.S. in the 1990’s, where it rapidly spread through the upper northeast states.

In its native countries the BMSB is a pest of fruit trees such as apple, peach, persimmon, and fig, but it is new enough to North America that its impact is still unknown. It is, however, fast becoming a tenacious pest within structures, where the adults over-winter in potentially large numbers. They do not breed indoors and do not cause damage, but their presence and the strong odor they emit are unpleasant. Adults emerge in mid spring to lay eggs on host plants, with egg laying continuing into mid summer. Nymphs undergo 5 instars in the summer, with 2 or more generations possible each year.

Adults can reach nearly ¾ inch in length. They are various shades of brown on both top and bottom sides, and somewhat resemble the predatory species of Brown Stinkbugs, but are smoother in texture and lack the spiny protrusions at the shoulders. Adults have fully developed and functional wings that are folded over each other and flat over the abdomen, leaving a distinct row of black and white dashes around the perimeter of the abdomen. Between the folded wings is the typical triangular plate called the scutellum, which is inordinately large in this species. The outer third of each wing is dark brown, creating a much darker patch where these areas overlap when at rest.

Since the impact so far is their presence inside structures, management begins with the attempt to locate and close all potential entry points from the outside. Permanent exclusion will prevent the need for constant applications of pesticides, which are likely to have only moderate success against these large insects. Exposed bugs can be vacuumed for removal.