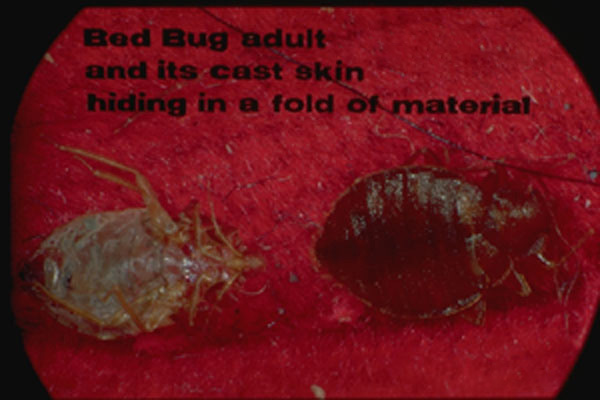 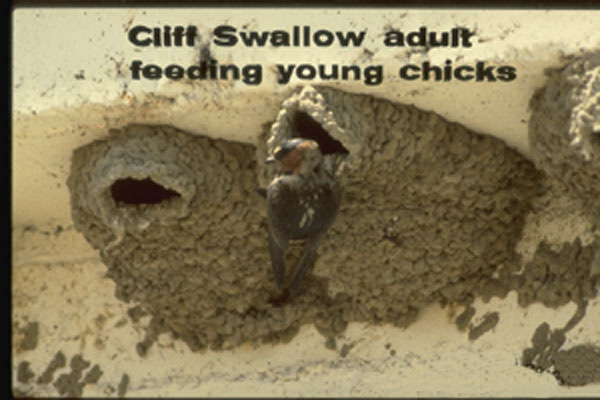 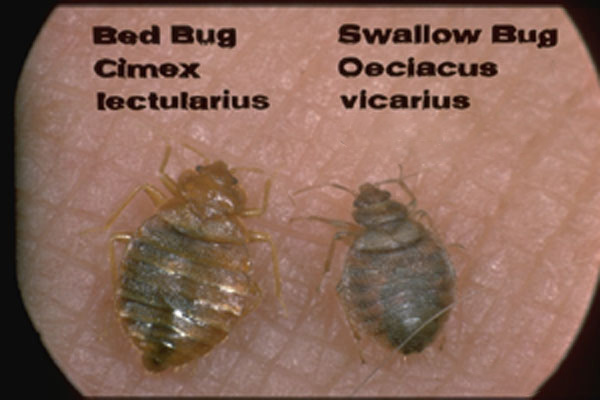 Possibly native to North America, and an extremely common pest in association with swallows and their nests.

Swallow bugs are found commonly in barn and cliff swallow nests, but readily invade the structures and bite humans as well. This may be particularly common following the departure of the birds, leaving the insects no other food source nearby. The bugs breed throughout the summer, building up large populations by the end of summer and early fall when the birds depart. They are not incriminated as vectors of any diseases to humans, but their bite is known to cause minor to serious reactions on humans. These bugs may survive up to 3 years in swallow nests without feeding, and their feeding on nestlings may lead to the death of young birds.

Bed bugs in general are wingless insects with an extremely flattened body from top to bottom, except when they are engorged with blood. They have a large, round abdomen, long 4-segmented antennae, and a small prothorax that flares to the sides. Their mouth is a short, 3-segmented proboscis that is held below the body when at rest. The swallow bug is distinguished from other, similar species by its antennae, where the last two segments are the same length. This species also tends to be a grayish brown color, rather than the reddish brown of the Human Bed Bug.

The source of the bugs, the swallow nests, must be eliminated if possible, but great care must be taken not to do this while the birds have eggs or young in the nest. Eliminating the nests as the birds construct them will help to discourage the birds from completing the nest on the structure, and removal of the nests following the departure of the birds will be important. However, if the removal is done at the end of the season it should be expected that swallow bugs have invaded the structure, and applications of residual insecticides may be needed to intercept these insects before they enter areas of activity.