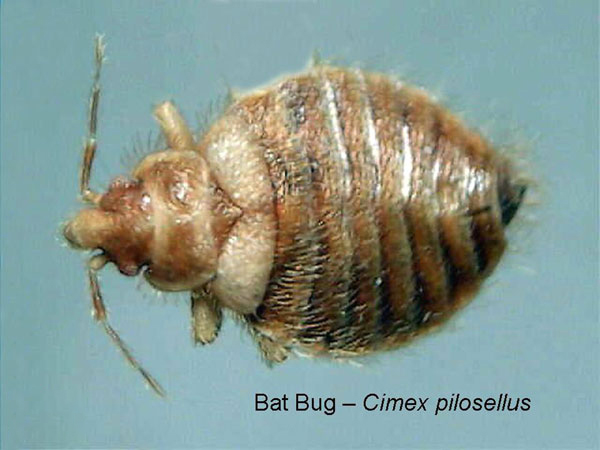 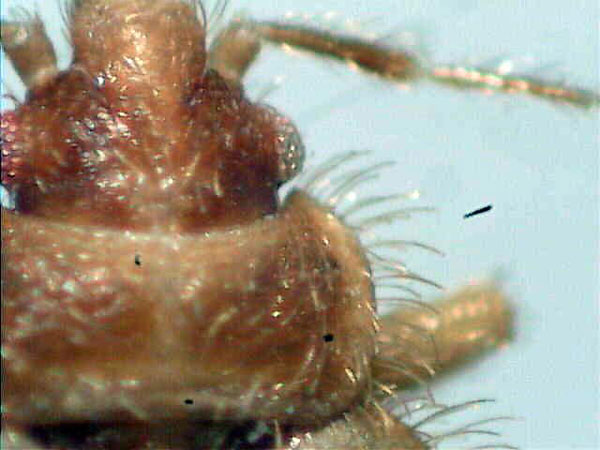 Native to North America, and found from British Columbia south into California, and east into the Rocky Mountains.

As the name implies this bug is associated with bats in structures or other roosting areas. They appear not to be particularly inclined to feed on humans, but they can be a concern if their numbers are high and they invade human activity areas.

Bed bugs in general are wingless insects with an extremely flattened body from top to bottom, except when they are engorged with blood. They have a large, round abdomen, long 4-segmented antennae, and a small prothorax that flares to the sides. Their mouth is a short, 3-segmented proboscis that is held below the body when at rest. The bat bug is distinguished from other species by having the last segment of the antennae (the 4th segment) shorter than the third segment, and by a fringe of long hairs along the sides of the pronotum that are longer than the diameter of the eye.

Elimination of bats that are roosting within a structure will eliminate their associated arthropod pests.