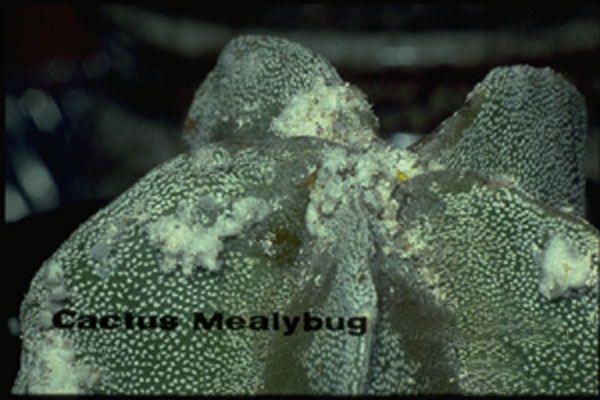 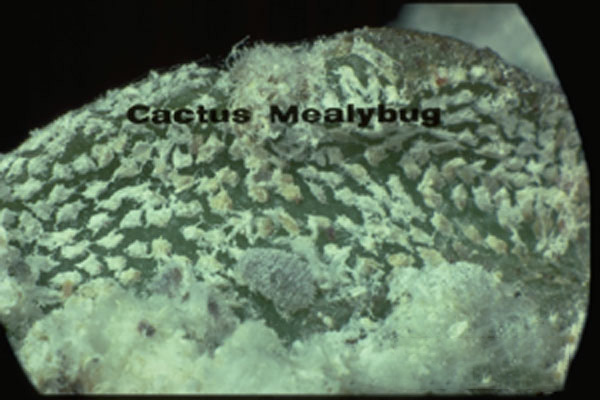 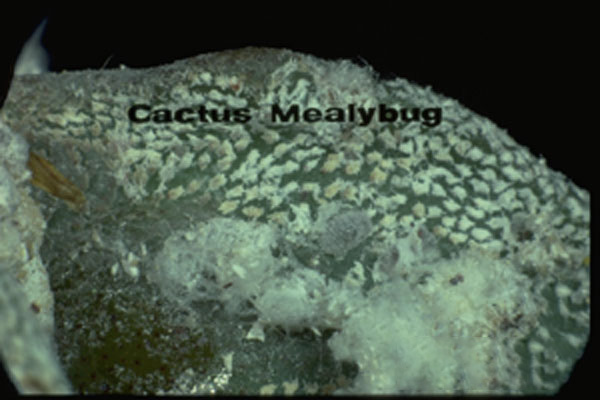 This insect is native to South America but has been introduced into the southern U.S. and in Hawaii. It also has been deliberately introduced to Australia where it is a biological control for cactus considered to be serious pest plants in that country.

Despite its name this species of mealybug infests not only cactus in the family Cactaceae, but also other plants such as khakiweed, purslane, pigweed, and pusley. It is only occasionally found infesting ornamental cactus in the U.S., and its value as a biological control for pest cactus is well known.

Mature females are oval and about 3 mm in length, and are lacking the lateral filaments typical of many other mealybugs. They are white to pinkish in color and produce a red fluid when pierced or crushed. They often form feeding clusters at the nodes on the host plants. Nymphs are bright pink to red. Males resemble tiny wasps with white wings.

Control may be with the application of contact insecticides to infested plants, possibly incorporating a surfactant as well to aid in breaking down the waxy coating on the insects. A light plant oil will also be effective. Removing weeds from the area will reduce the alternative host plants that may attract the insects.