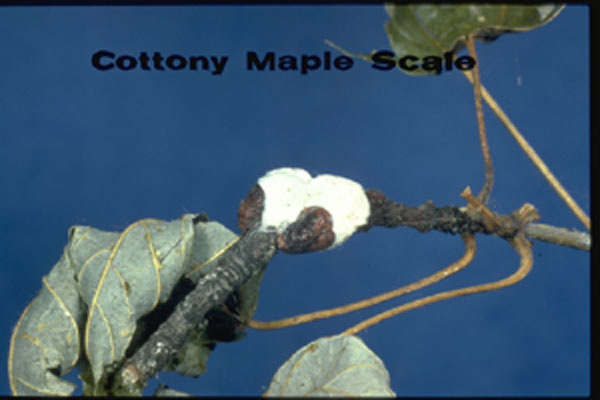 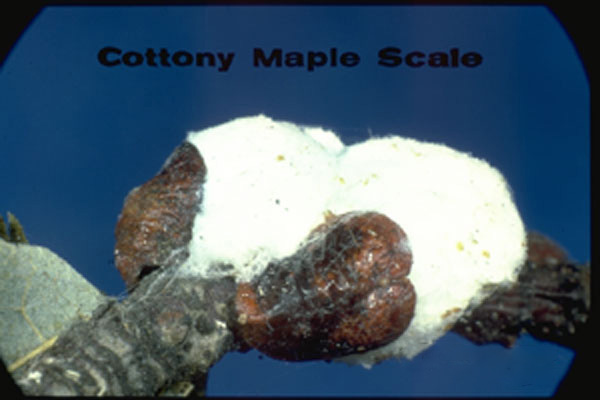 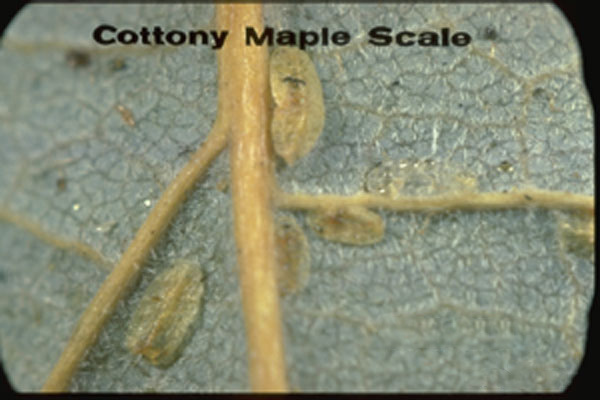 Native to eastern North America, but now found throughout the U.S.

The scales feed on many kinds of maples and boxelder, as well as elms, birch, poplar, willow, and other trees. In western states it is a minor pest of vineyards, with most of the damage due to the honeydew and resulting sooty mold that may damage fruit. Early instars overwinter, developing to the adult female in late spring. Eggs are produced and hatch in early summer, with the mobile crawler stage moving to leaves to feed on the lower surfaces for the rest of the growing season. They then move back to small twigs prior to leaf-drop and settle in there to spend the winter in the next instar stages.

The adult female is about 1/8 inch long, with a flattened brownish wax shell. During the summer the female produces her eggs within a large, bright white cottony mass that resembles pieces of popcorn on the stems of plants. As this egg mass develops the top of the wax shell may bend backward, giving it a wrinkled appearance.