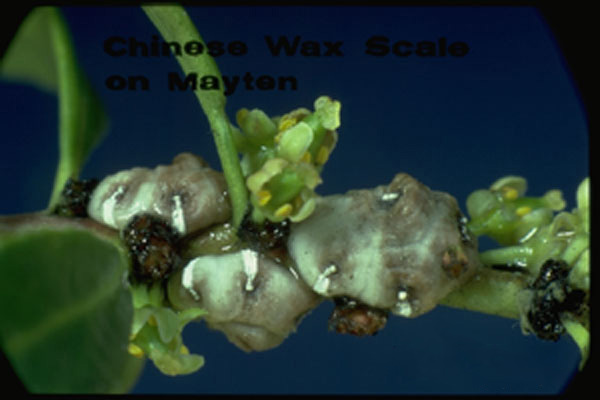 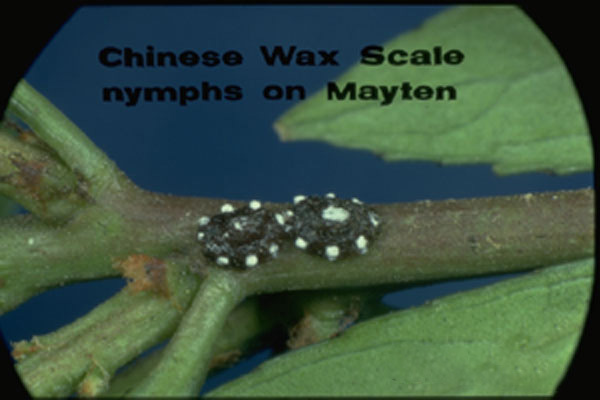 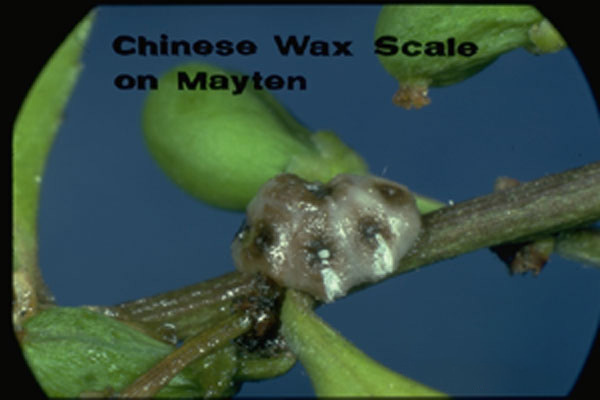 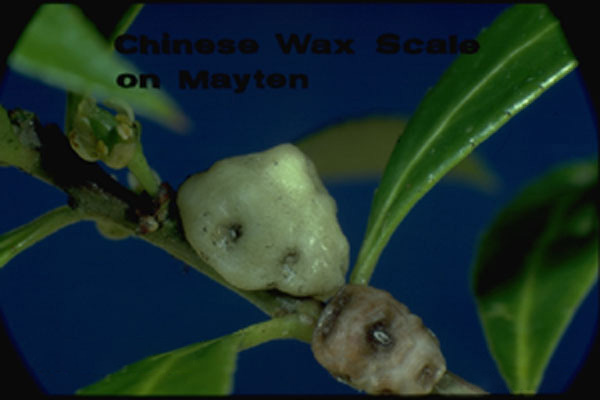 Presumed to be native to the Oriental region, but now found throughout the world in temperate and tropical climates.

The Wax scales in the genus Ceroplastes attack over 50 different ornamental and forest plants, including holly, pyracantha, juniper, hemlock, boxwood, gardenia, and others, including citrus. The visible scale is the female, which overwinters in this stage. In the spring hundreds of eggs are deposited within the scale, and these hatch to the crawler stage. This mobile stage will move to other parts of the plant. They eventually settle in after they molt and become sessile as well, covering themselves with layers of wax they produce. Males are virtually unknown for some wax scale species. There may be 2 or more generations per year.

The wax scales have a heavy, irregular shape and are coated with a thick layer of wax. The barnacle scale is one of the largest of the group at over ¼ inch across. It can be separated from others in the group by the larger size lighter color, being mostly white at the front end and browner at the posterior. It has a very irregular shape with the posterior end distinctly elevated. There are brown patches spaced along the bottom edge of the scale and a large, irregular brown patch in the middle of the top of the scale.

For light infestations hand removal of the scales may be sufficient, particularly if done in the winter before the eggs hatch. Spray applications of a labeled insecticide should be timed for when the eggs are hatching, and the visible crawlers are moving about on the plant. Once they become sessile and covered with wax topical sprays may not reach the actual insect. A soil or trunk applied systemic, such as imidacloprid, may be effective by allowing the active ingredient to enter the foliage where the scales will ingest it.