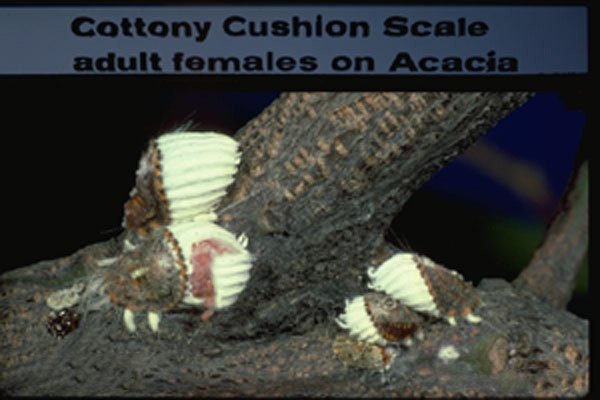 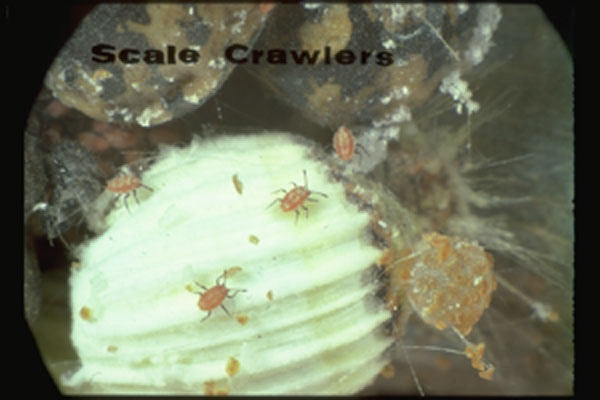 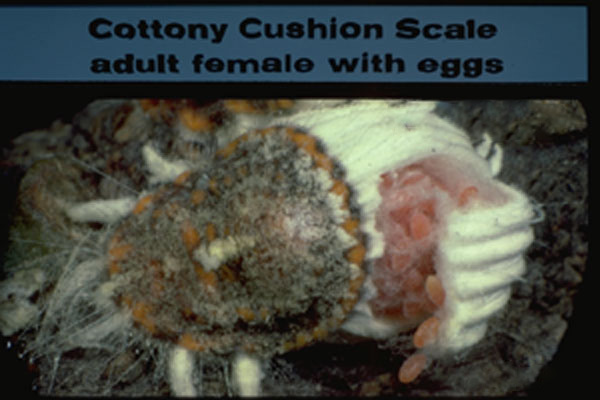 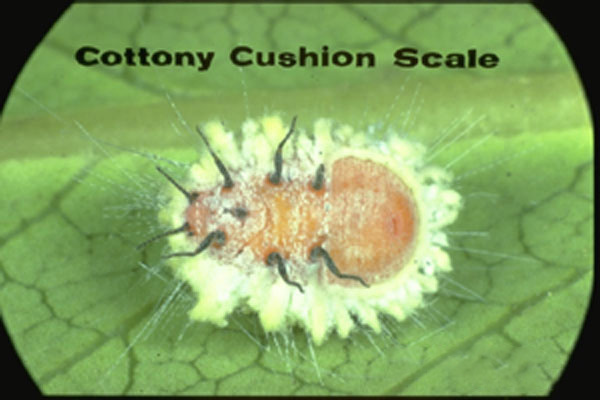 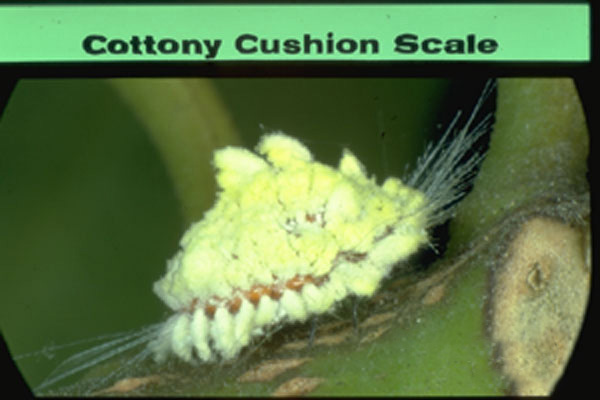 Native to Australia, and first found in the U.S. in California around 1868 as a hitchhiker on acacia plants. Within 10 years it was a major pest on citrus in the west, and now is found worldwide on many kinds of plants. Because of the serious economic nature of this pest a major effort was made to find natural controls, leading to the discovery of Vedalia ladybird beetles that effectively preyed on it in California. When these predatory beetles were later sent to Florida the shipment included some of the scales, inadvertently introducing the pest to that state and its citrus industry. It is now found along the southern states from California to North Carolina.

In addition to its severe pest status on citrus, this scale also attacks a wide variety of ornamental shrubs. Because they are present in mild climates they may remain active all year long, with adult females potentially depositing eggs at any time. The scale is also unusual in that it is mobile in all stages, with the wax secreted not forming a confining shell over the top of the female. The early instars tend to feed higher on smaller twigs and foliage, and later instars and adults move back down to larger branches.

A very distinctive scale due to the massive, striated white wax extruded from one side of it and referred to as the ovisac, into which the female deposits her eggs. This ovisac may be 3/8 inch long, with around 15 ridges showing. Early instars do not have this ovisac, but when turned over all stages show the bright orange insect with black legs. As the second and third instar stages develop the waxy covering begins to be extruded over the top of the insect.