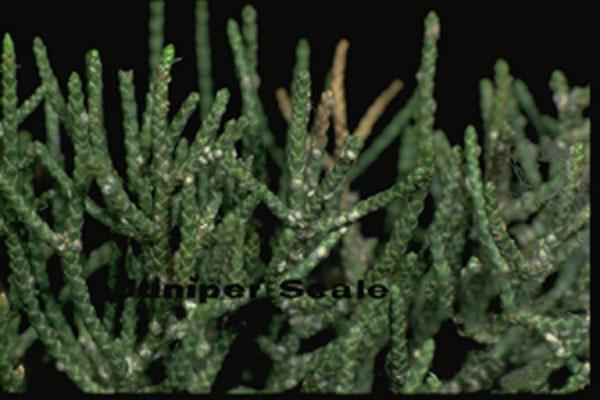 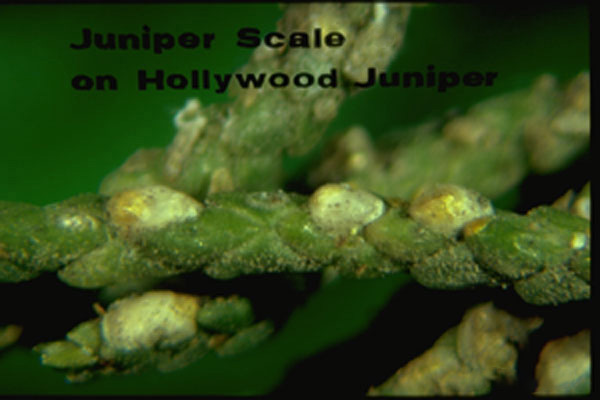 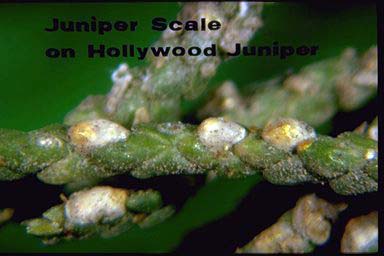 Native to Europe but now found throughout the world where host plants are available.

There is a single generation each year with the female overwintering on the branches and needles. Eggs are then laid in the spring and the active crawlers will move around on the plant for only a day or less before beginning to feed and develop their wax covers. This is a potentially serious pest of junipers and many other kinds of conifers, causing browning of the needles from the effect of the feeding and resulting in an overall loss of aesthetics of the plant.

The wax scale is diagnostic, and typical of armored scales it is flattened and small, pinkish to orange, and found on the needles and foliage. The actual female insect under the wax may be yellow in color and circular in shape. Males resemble tiny wasps and are elongate, white, and with a yellow cap at one end.

Dormant or summer oils may be effective in killing the scales, as well as contact insecticides applied when the first instar crawlers are present. Determining the effectiveness of the control effort is difficult. The wax scales adhere tightly to the plant, even when the actual insect is no longer living, and very close examination beneath the scale may determine whether the insect itself is dead or alive.