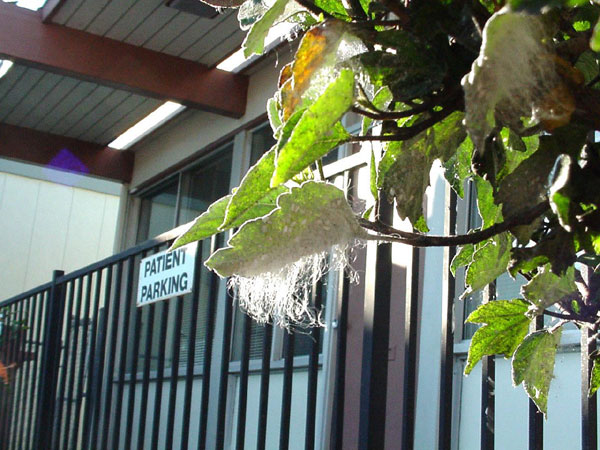 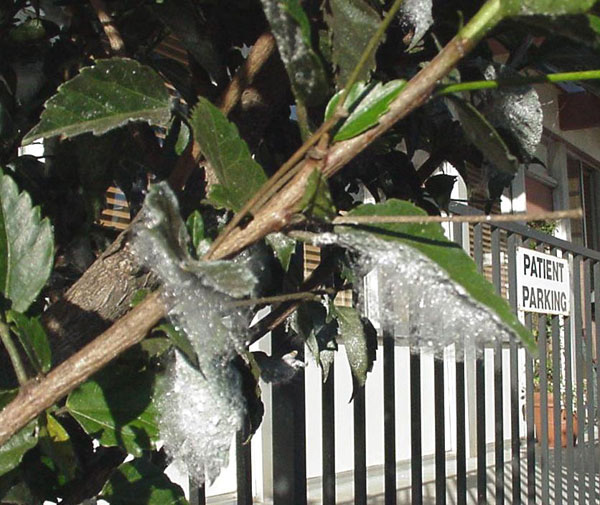 Likely native to Latin America, as it was first described from Mexico and is present south to at least Costa Rica. It was first discovered in the U.S. in Texas in 1991, in California in 1992, and east into Florida in 1996.

In Florida the Giant whitefly is known to attack a number of ornamental plants, but is most serious a pest on Hibiscus. In California it has been recorded from dozens of different plant families. Upon hatching from the egg the first instar nymph tends to remain within the circles of eggs on the leaf surface, and as it moves to the next stage it loses its legs and feeds without moving. The third and fourth instar nymphs create the majority of the long wax filaments, and these often become matted on the surface of the leaf to create a tangle of wax, honeydew, and the sooty mold that develops. A generation is completed in about 35 days, with numerous generations each year possible.

This species is most easily identified due to the extraordinary amounts of wax filaments secreted by the nymph stages. These can be 10 inches in length where wind does not break them off, and they form complete masses under the leaves. The adult is also distinctive, first for its enormous size in comparison to other whiteflies. It may be over a quarter inch in length, with white powdery wings that have numerous brown spots and bands on them. The female deposits hundreds of eggs on the leaf surface, placing them in a pattern of expanding concentric circles.

Attempts are being made to introduce a successful parasitic wasp into infested areas, but the results have not been highly effective. Chemical controls currently have little history with this species, but a systemic such as imidacloprid may be somewhat effective.