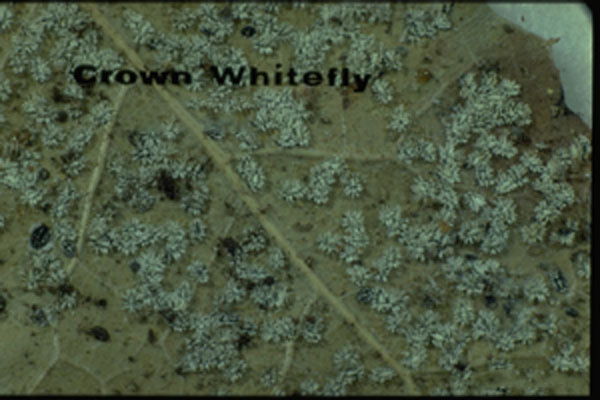 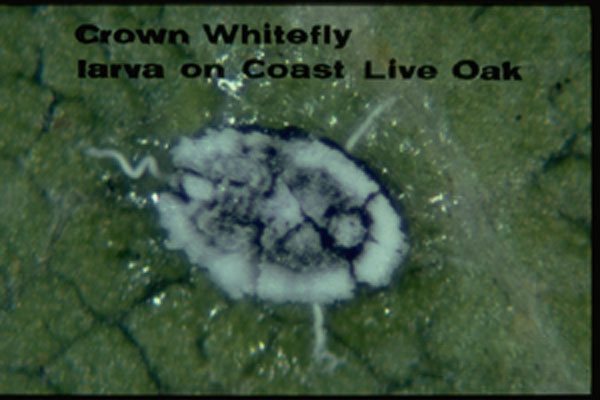 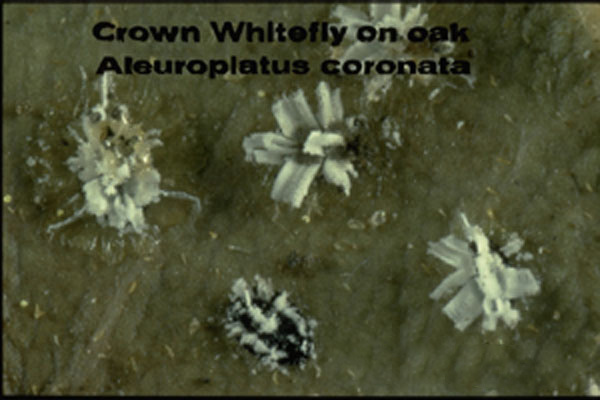 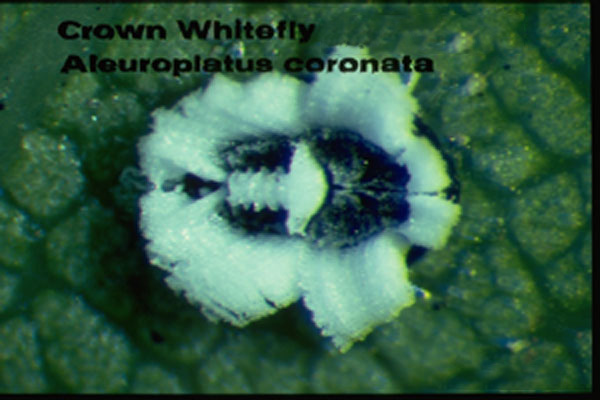 Native to the southern U.S. and Mexico, and now a common pest on native oaks in the western states.

Restricted to oak and chinquapin trees, and primarily evident in the western U.S. It is rarely a threat to the health of the trees, but large populations can reduce the aesthetic appearance by covering the lower surface of the leaves. Honeydew may be produced to drip onto surfaces below. Several generations are possible each year. Typical whitefly life cycle of eggs laid over the surface of the leaf hatching to the mobile first instar nymph. As this moves to the second instar the legs are lost and the insect becomes sessile, feeding in one place through the next nymph stages and the pupa.

Identified most easily by the pupa, which has a black oval body surrounded by wide lateral sheets of white wax, wide white wax sheets protruding from the front and rear, and a vertical dorsal “crown” of white wax arising from the top of the body. The adult is similar to most other whiteflies, with white powdery wings and resembling a tiny moth. The nymph is similar to the pupa except that the waxy sheets are much shorter.