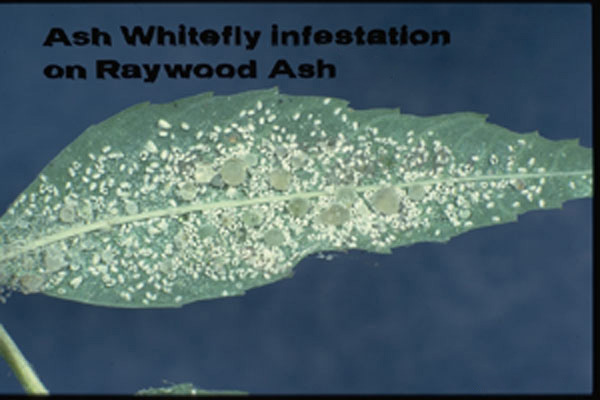 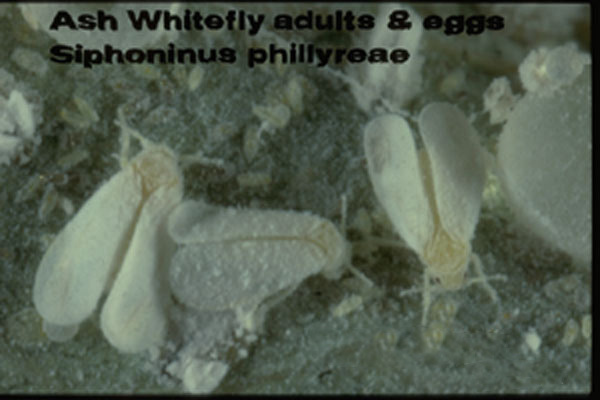 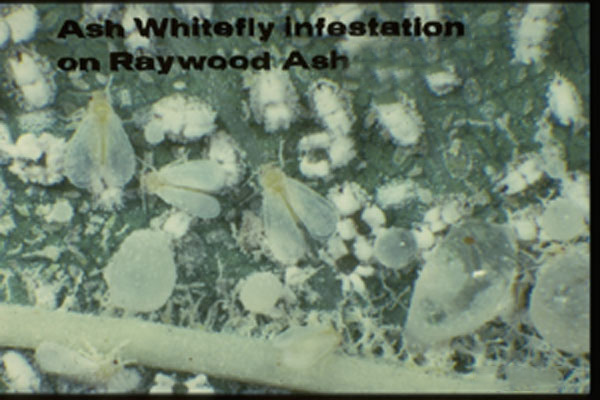 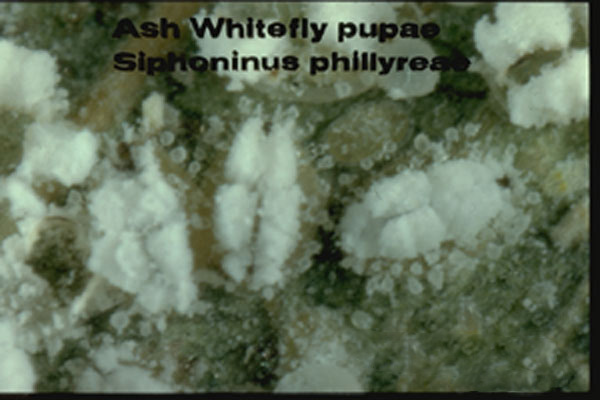 Native to Europe and much of Asia and north Africa, but spread throughout the world on infested plants. As of 2008 it was still restricted to California, Nevada, and Arizona, but is likely to spread to many other states.

This introduced pest is recorded from a great many ornamental trees and shrubs, including ash, catalpa, redbud, magnolia, tulip, lilac, citrus, hawthorn, Photinia, Pyracantha and apple. The adults produce filaments of white wax that they use to coat the lower surface of the leaf, giving that a powdery appearance similar to powdery mildew. Females deposit eggs in that circular pattern characteristic of several other species. These hatch to the mobile first instar nymph. As this moves to the second instar the legs are lost and the insect becomes sessile, feeding in one place through the next nymph stages and the pupa. All stages except the egg feed on the plants and all stages except eggs produce wax.

The adult has a white powdery appearance with a yellowish tint to the body and red eyes. The wings are held somewhat roof-like over the top of the abdomen while at rest, and the adult strongly resembles a tiny moth. The late stage nymphs are very distinctive, with a solid covering of powdery wax on top of the body and with spike-like protrusion sticking out around the entire margin of the body. These are tipped with tiny droplets of wax.

Pesticides have shown to be ineffective in reducing populations of this species. In California a parasitic wasps was introduced that had tremendous success in control, essentially eliminating the Ash Whitefly as a serious problem. In the eastern U.S. the same parasite has been introduced but initially has had less of a positive result. Because pesticides are so ineffective on the whitefly, but quickly kill all parasites and predators of the whitefly, spray applications are discouraged. A soil-applied systemic such as imidacloprid may be effective on the pest without affecting the predators. Removal and disposal of fallen leaves will dramatically reduce the numbers of whiteflies that reinfest.