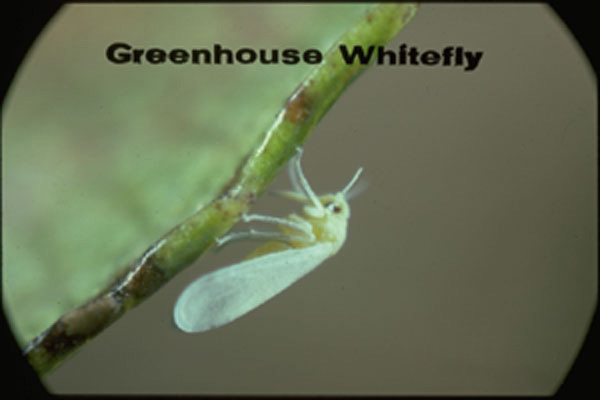 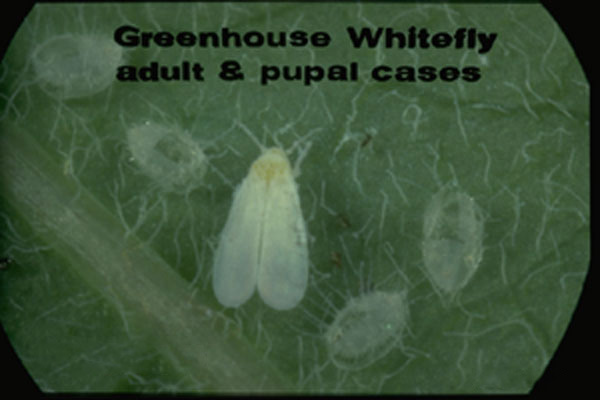 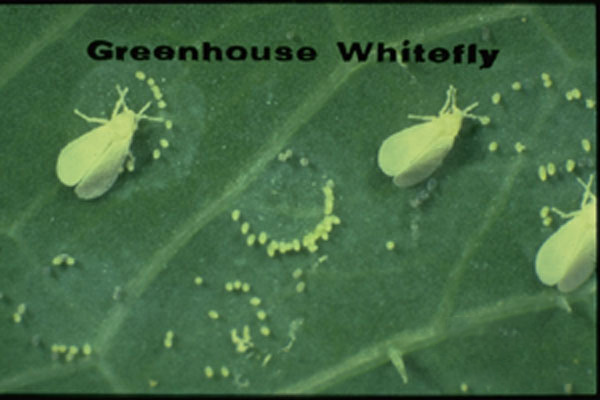 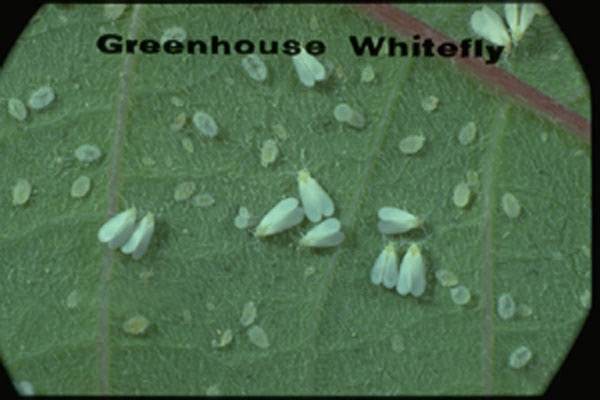 Uncertain, but currently found throughout the world in tropical and temperate climates, and considered likely to have a tropical origin. They were first discovered as a species in England in 1856, and subsequently in the U.S. in 1870 and Hawaii in 1907.

A serious pest in greenhouses throughout the U.S., where the warm conditions allow it to reproduce year round. Females deposit up to 400 eggs in their lifetime, averaging about 25 eggs per day, in small groups that often are arranged in a circular pattern and usually on the lower surface of the leaf. Each egg is attached to the end of a short stalk. Nymphs are mobile in the first instar, but lose their legs become sessile and feed in one place in the next nymph stages, covering themselves with a waxy layer. The nymph stages take about 1 month to reach the immobile pupa stage. All stages feed on the plants. Heavy infestations may nearly cover the entire surface of the leaf, with heavy production of honeydew and sooty mold. Infested plants may suffer from loss of vigor and distortion of the leaves. A great many ornamental plants and weeds are fed upon by this species.

Adult whiteflies are bright white and winged, and resemble tiny moths. They rest with their wings slightly roof-like over the abdomen, and take to flight quickly when a plant is disturbed. The nymphs have very little white waxy buildup on them, and more closely resemble flattened, clear scales, with a fringe of long whitish hairs around them. The pupa is clear and more strongly elevated than the nymphs.