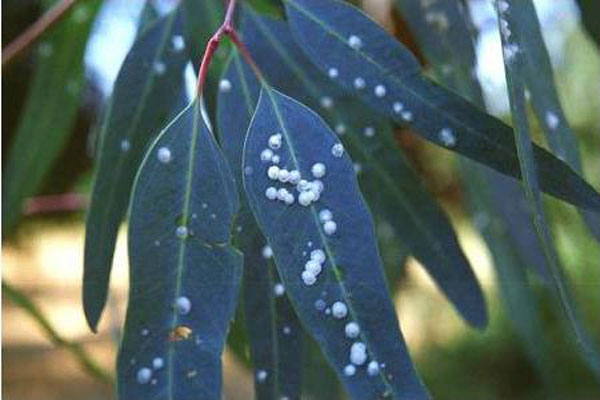 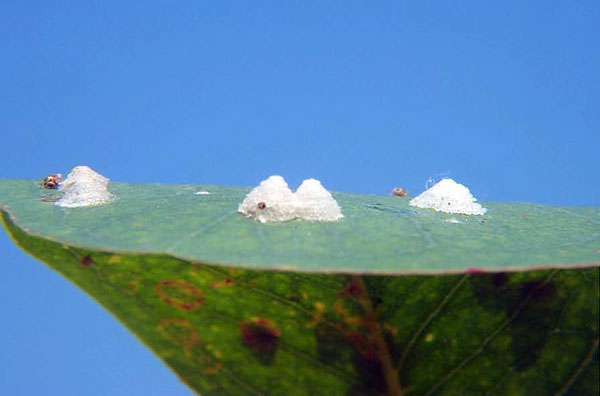 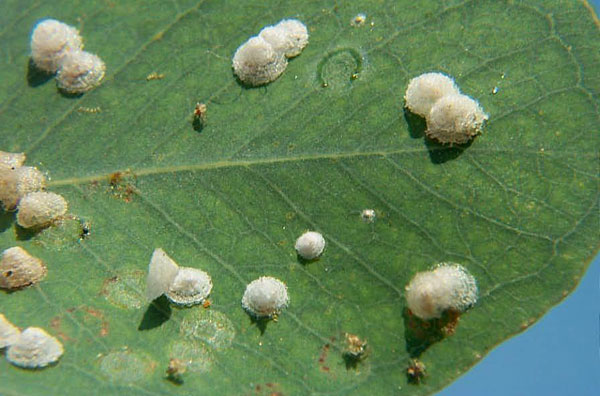 Native to Australia, and now found in the U.S. in California, Arizona, Florida, and Hawaii, as well as in Mexico.

This species was accidentally introduced to California around the year 1998, and rapidly infested eucalyptus trees throughout the state. The nymphs settle onto the leaf surface and remain in place as they feed, creating a shiny white cap over themselves with the sugary sap they exude as they feed. Massive numbers of these caps can cover the undersides of leaves, with honeydew production very heavy. Eventually the caps also fall from the leaves, coating vehicles and other surfaces below with the sticky material. Heavy feeding can cause defoliation of the tree, weakening it and making it susceptible to other problems. The heavy production of honeydew and the sugary lerps also attracts yellowjackets.

Most noticeable will be the white crystalline caps, or “lerps”, each nymph creates over itself as it feeds. These resemble scale insects. The nymph itself is a tiny yellow to brownish insect that resembles an aphid. Adults are light green to brown with lighter yellow spots on them, with well developed wings that are held roof-like over the abdomen. They are very similar to aphids but do not have cornicles.

Insecticides have proven fairly ineffective, although soil applications of imidacloprid provide some relief. Foliar applications are not recommended. However, the infestation has been effectively curtailed with the introduction of a parasitic wasp and the presence of many other predatory and parasitic insects that prey on the nymphs. Good plant health will enable the infested trees to withstand the presence of the insects.