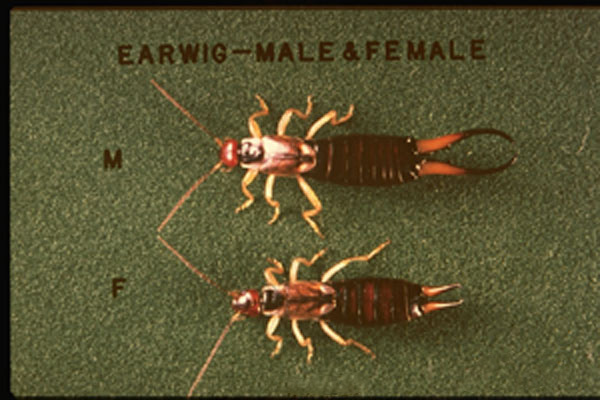 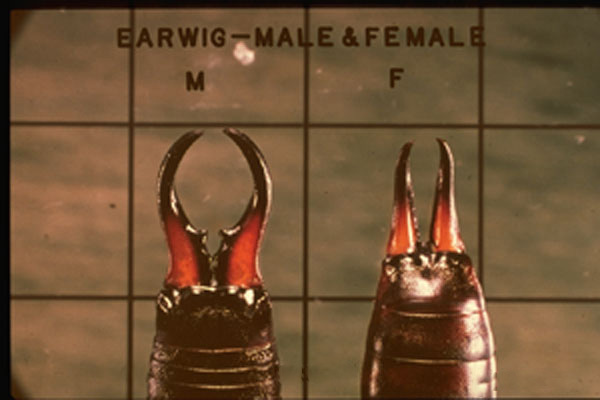 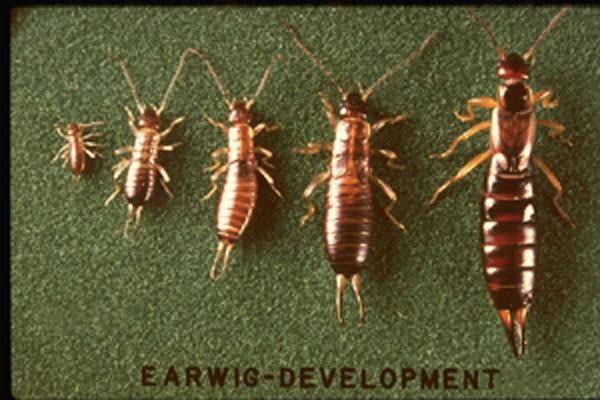 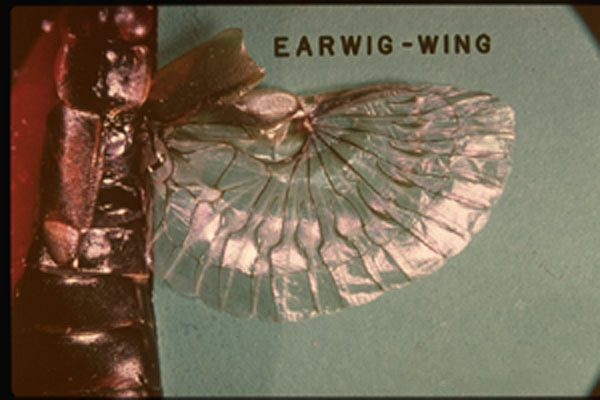 Probably from Europe or Asia, but this species is now found throughout the world. It was first found in the U.S. around 1907 near Seattle, Washington.

One of about 7 species of pest earwigs in the U.S., the European Earwig is the most common. It has a simple life cycle, requiring 3 to 5 months to go from egg to adult, depending on temperatures. Adults generally live only about one year. Adults are capable of some flight. Earwigs feed primarily on plant material, but also are predators on many other insects.

Earwigs are most easily identified by the strong "pincers" at the hind end, as modifications of their cerci. These are used for defense, food capture, and some other uses. Wings on adults consist of the hind pair used for flight, and a very short front pair used as a cover for the folded hind wings. The European Earwig is distinguished from other U.S. species by having the second tarsal segment elongated under the first segment.

Reduction of exterior harborage sites is vital, such as lumber or firewood piles, yard debris, or other unnecessary piled materials on the soil. Control of moisture also reduces the favorable habitats for earwigs. Granular insect baits are accepted in exterior locations, and pyrethroid insecticide applications will intercept wandering earwigs along pathways and around foundations.