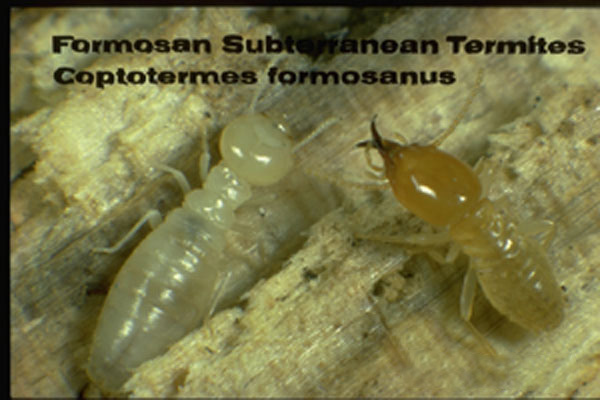 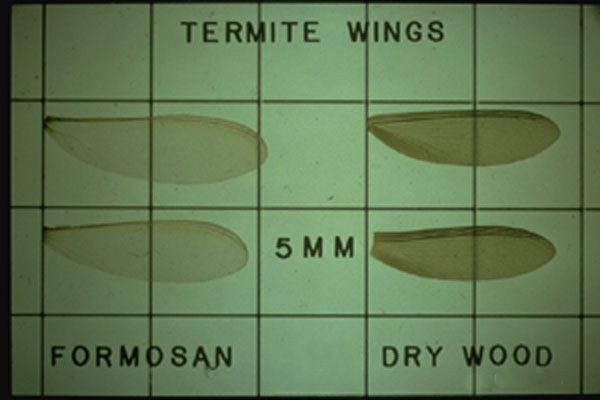 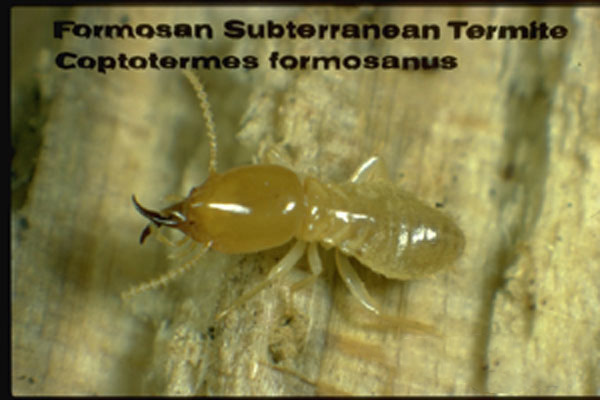 Asian in origin, and now found in the United States as a severe pest in Hawaii, Florida and Louisiana as well as other Gulf Coast states, and a lingering population near San Diego, California has existed for a number of years.

This is one of the most destructive termites worldwide, due in part to the enormous colony size, which may be hundreds of thousands of workers. A single colony may forage over a radius of several hundred feet. While these are “subterranean” termites it is common to find aerial nests with no ground connection, as the colony is able to find moisture and building materials in buildings. They construct a very hard matrix called “carton” in which to live, made from cellulose and saliva. Swarming is in early evening, usually following rainfall, and alates are attracted to lights in large numbers.

Alates are identified by the presence of both a fontanelle and an ocellus next to each compound eye. The wings have many short hairs on them, and two thickened veins run parallel to each other at the forward edge, from the base to the tip. The antenna is composed of more than 18 segments. Soldiers are present in a higher proportion in these colonies. They have a pair of jaws which have no teeth along their inner margin, and the tips of the jaws cross over each other. The head capsule is teardrop shaped.

Aerial colonies may need to be controlled with fumigation of the structure. Soil nesting colonies are controlled with soil pretreatments and with post-construction applications of residual insecticides. Bait products also have provided highly effective results, possibly leading to the elimination of entire colonies. Control of excessive moisture situations within structures will reduce the attraction to the termites.