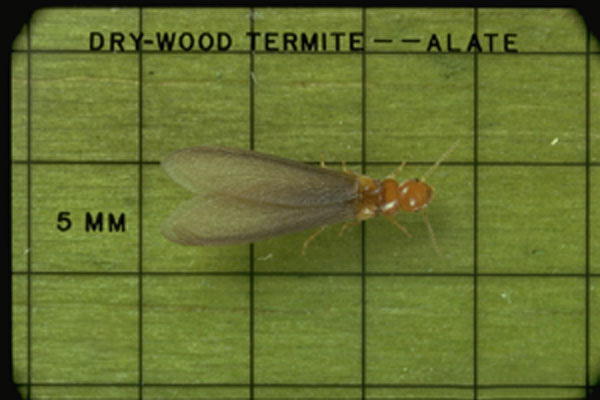 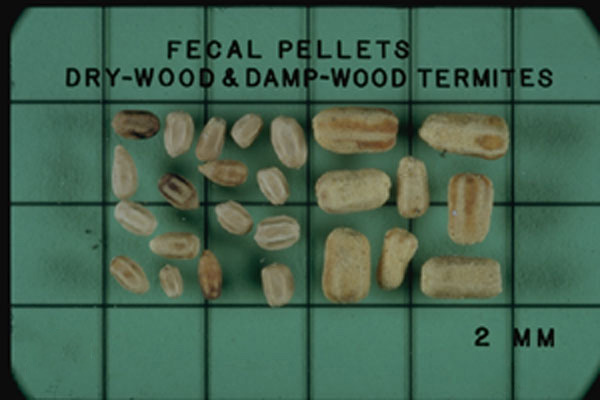 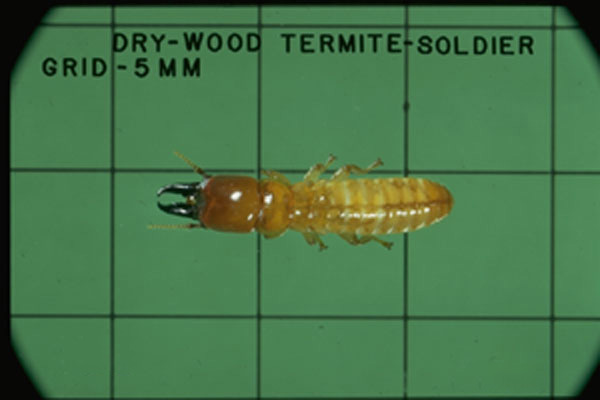 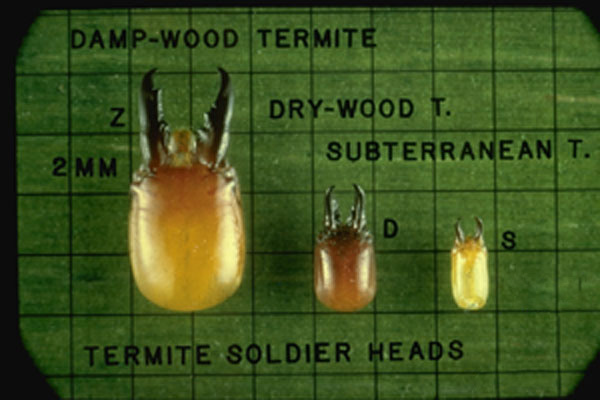 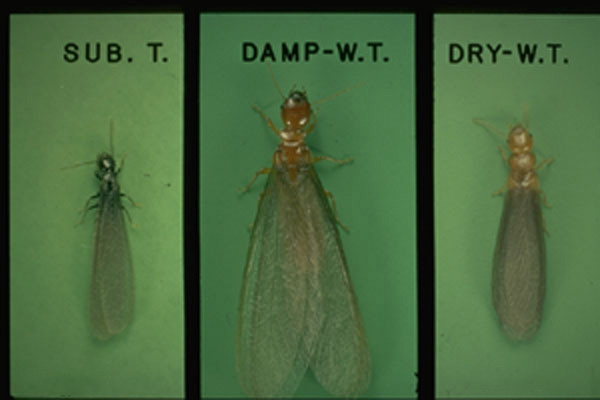 This is one of two major drywood termites in the United States, and its range is from South Carolina to Florida and west to Texas. There is no true worker caste, as the nymphs perform the labor and all eventually grow to either soldiers or alates. Winged adults will not be produced until the colony is at least 4 years old, and mature colonies usually have less than 3000 members. Swarming may be during the evening or at mid-day, varying with location, and often only a dozen or so alates will swarm. Further evidence of infestation is the presence of fecal pellets on surfaces, having been pushed out of the galleries by the workers. Colonies may be over 2 years old before this evidence is seen.

Fecal pellets are key evidence, and they are tiny, egg-shaped, and very hard, with several longitudinal depressions on them. Color of the pellets varies depending on the wood infested. Alates have no fontanelle, but they have a single ocellus next to each compound eye and antennae with less than 22 segments. On the wings there are 3 thickened veins that run parallel to each other near the leading edge, running from the base to the wing tip. The wings are usually a pale color.