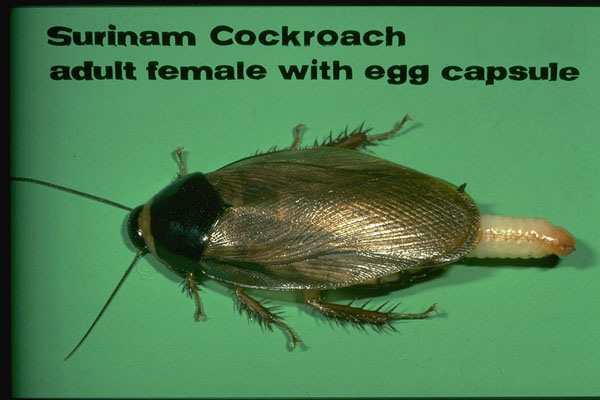 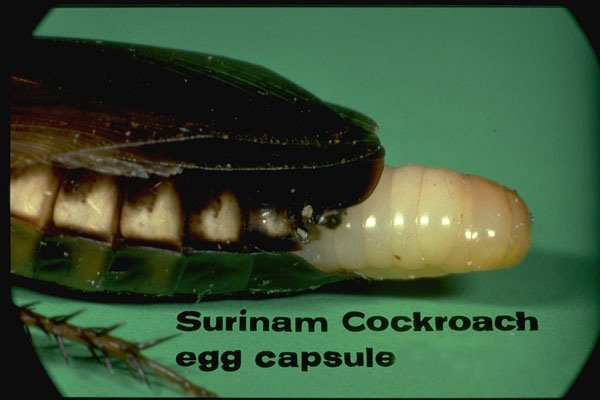 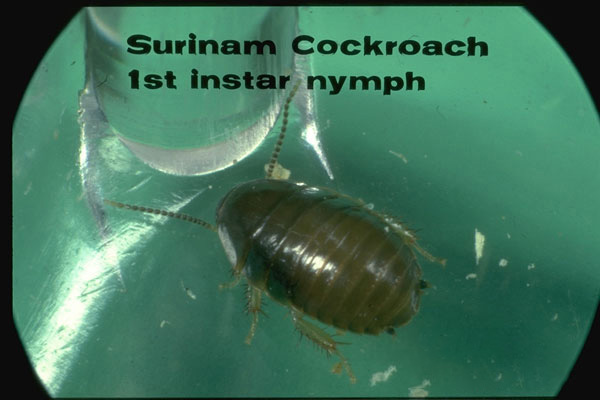 This cockroach is commonly found hiding in the soil of potted plants or interiorscapes, although it also hides in other cracks and crevices around such areas, such as under boards. It feeds on foliage and fruit, and can cause extensive damage to commercial flowers in greenhouses. It also can be found outside structures in humid, warm areas of the country. In the U.S. this species appears to be parthenogenetic, with only females found, while in Asia reproduction is from fertilization by males. The female retains the egg capsule within her abdomen, giving birth to living young. The average number of eggs per capsule is 24.

This species is medium sized, with adults about 1 inch long. Their wings extend just past the end of the abdomen and their color is a shining black on the wings, and often with a paler prothorax or with a pale band on this area. The rear margin of the prothorax is wavy or sinuate.

Recognize the strong possibility of this species hiding within soil, and investigate these places within a structure. Reduce moisture sources inside a structure, and reduce potential harborage sites outdoors. Perimeter applications of a residual insecticide will intercept many individuals attempting to enter. Applications of insecticide granules to potted soils may be effective as well.