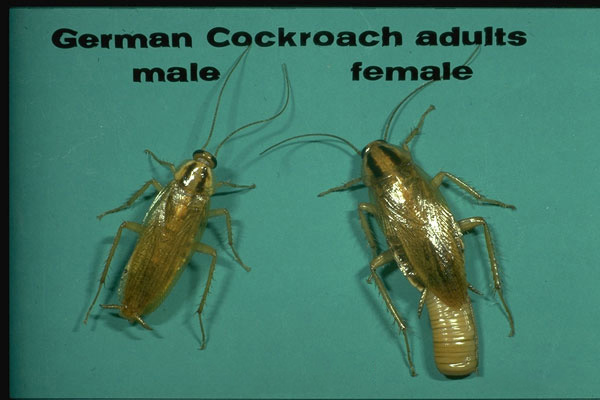 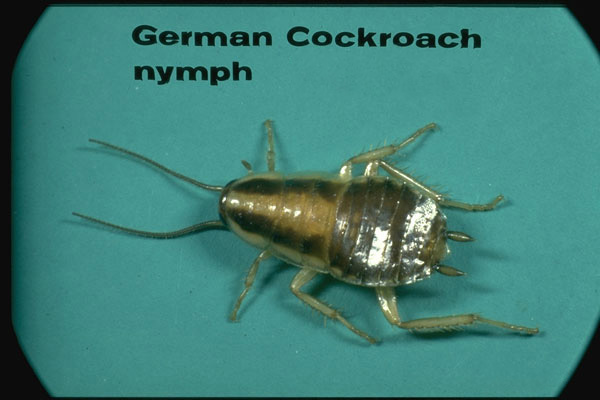 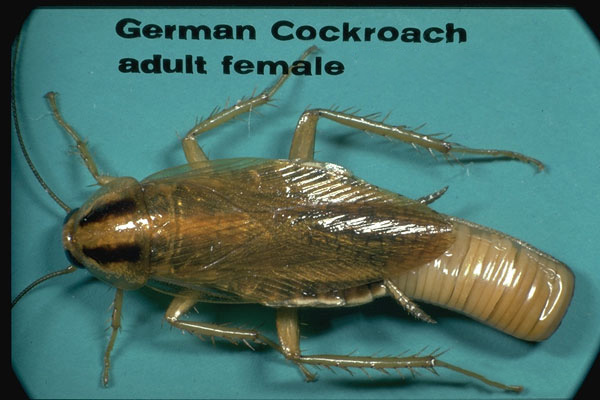 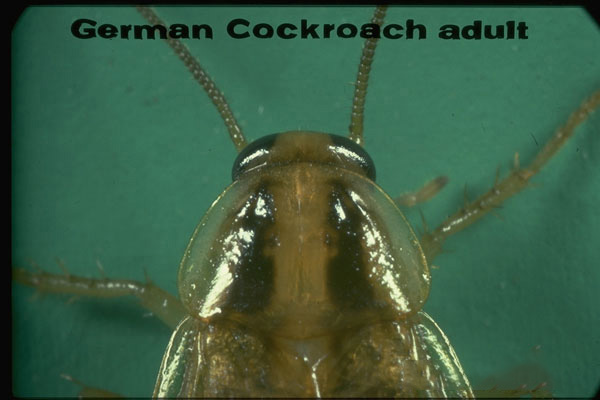 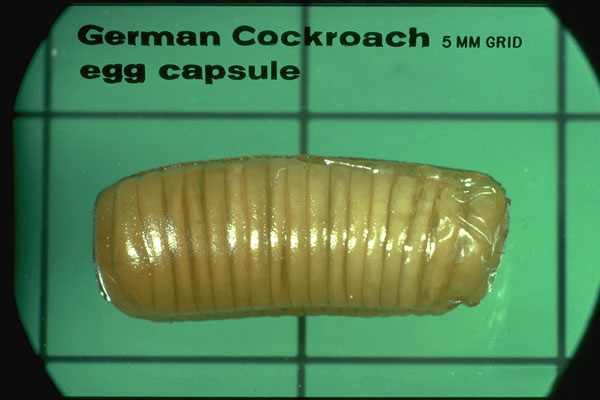 The German roach is a nocturnal animal, strongly avoids light, cannot fly, and in almost all situations will be found indoors. Infestations normally begin by the introduction of roaches in packages. The biological potential of this species is enormous, with females producing an average of 5 egg capsules in their lifetime, each with an average of 30 eggs in it. The time from egg to mature adult averages about 3 months, allowing 4 generations of the insects each year. Female adult roaches live for about 200 days. Females carry the egg capsule until one day before the eggs are to hatch, providing necessary moisture into the eggs. Her activity level is low while she is in this “gravid” stage. This species has a higher moisture requirement than many other species, and is most likely to be living near moisture sources and in humid areas. First instar nymphs often remain in hiding, feeding on the fecal material of other roaches. Older roaches are extremely variable in their diets, feeding on virtually any materials in a food environment. They may also nibble on human hair or finger and toenails.

The German roach is typical of the genus Blattella, with a tan to brownish color, small size, and two dark, longitudinal stripes on its prothorax. Adults reach about ½ inch in length, with wings that reach the end of the abdomen in females and just beyond the tip of the abdomen in males. Neither is capable of flight. Nymphs begin as extremely small insects and without any hint of wings. However, they do have the dark markings on the prothorax. This species may be distinguished from the Field roach by the color of the face, which is light brown in the German.

Successful control relies heavily on habitat modification to eliminate food and water resources and to close access to harborage sites. It also is dependent on an inspection to discover all harborages that need to be treated or eliminated. Crack and crevice applications of a residual insecticide are effective, along with treatment of voids with a void injector or dust application. Bait products introduced in the 1990’s have beeh highly successful against the German Roach.