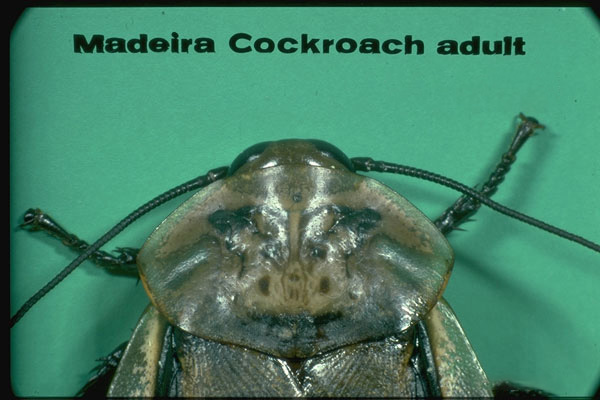 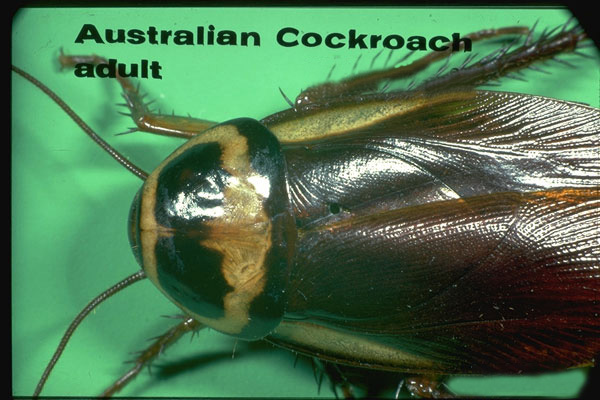 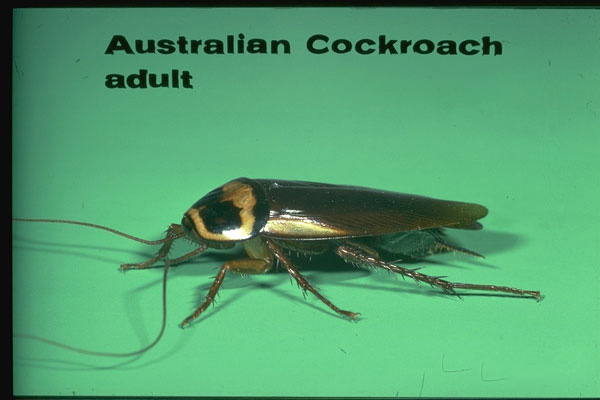 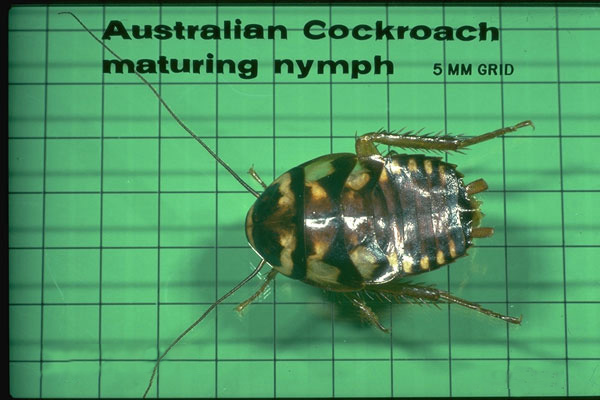 This cockroach needs warmth and humidity, and greenhouses commonly are infested. In a structure they may be found in areas of high moisture, and in a commercial food account this could be around dishwashing areas or in potted plants and plantings, such as interiorscapes. Where it can survive outdoors it may enter structures on its own, causing damage in homes by chewing holes in materials and objects such as books. Females produce around 25 egg capsules, each containing around 20 eggs. Development to the adult stage takes about 1 year, and adults can live for well over a year.

The Australian roach is very similar in habits and appearance to the American roach. The easy difference to see is the yellow stripes on the Australian roach, located on its “shoulders” at the outside edges of the base of the wings. Otherwise, it has the same reddish brown color and the yellow border around the prothorax, and adults may grow to just over an inch in length. The nymph has a very different appearance, with bright yellow spots along the sides of their abdomen in the later instar stages.

In structures the Australian roach may inhabit the same kinds of places as the Oriental and American roaches, finding harborage in lower, damp areas of the buildings. They may be especially common around potted plants, and control of moisture will reduce their numbers. The use of bait granules outdoors will be effective, along with perimeter treatments using a residual insecticide.