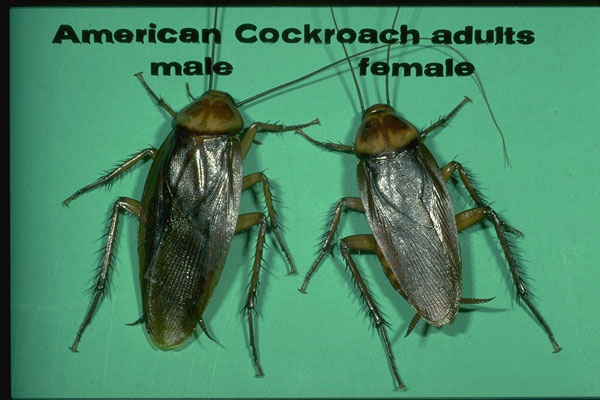 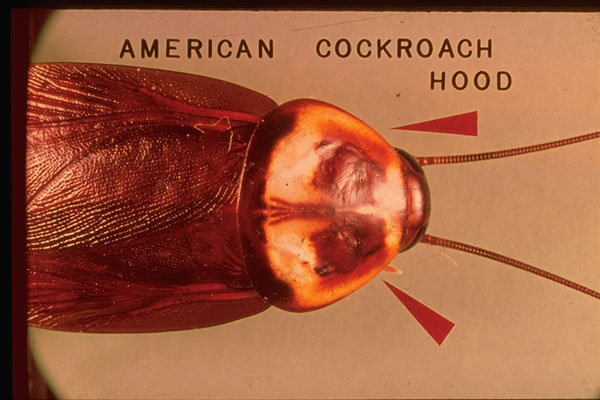 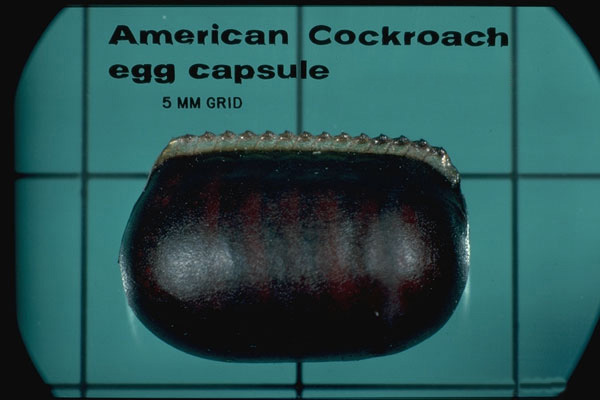 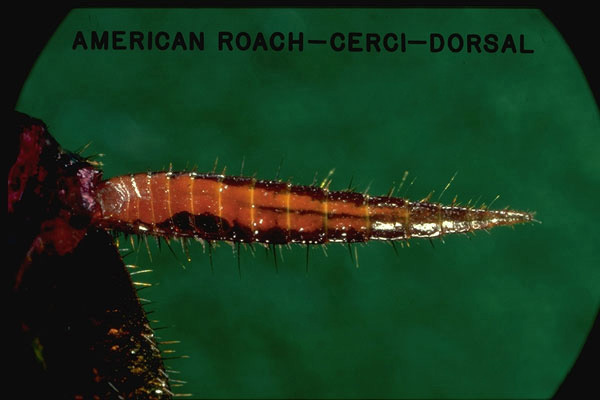 This species is common outdoors in landscape plantings, in sewers or storm drain systems, and in lower areas of buildings where moisture may be greater. It may inhabit storm drains in huge numbers, emerging though man-hole covers at night to invade buildings. They will feed on most carbohydrate or protein based materials, including human hair or finger and toenails. Each female produces around 10 egg capsules, carrying the capsule for a day or two and then carefully placing it in a protected location. Each egg capsule has an average of 15 eggs in it and these hatch in about 45 days. Development to the adult stage averages about 450 days, but may take well over 2 years in colder climates. Adults live an average of around 1 year, but potentially can live almost 3 years.

The American roach adult has fully developed wings and is capable of some flight, usually from an upper location to a lower surface. It is reddish brown with a yellow ring around the prothorax. Adults may be up to 1.5 inches long from head to tail, with extremely long antennae. The cerci are long and thin, a character that separates the nymphs of American roaches from those of Oriental roaches.

Since this species is abundant outdoors, control begins with habit management in the outdoor areas. Removal of harborage sites under debris or piles of wood and discarded materials will reduce populations near a structure. Control of food and moisture sources outdoors and indoors are important. Granular insect baits are well accepted, and the use of a perimeter treatment with a residual insecticide will intercept many individuals that attempt to access a structure.