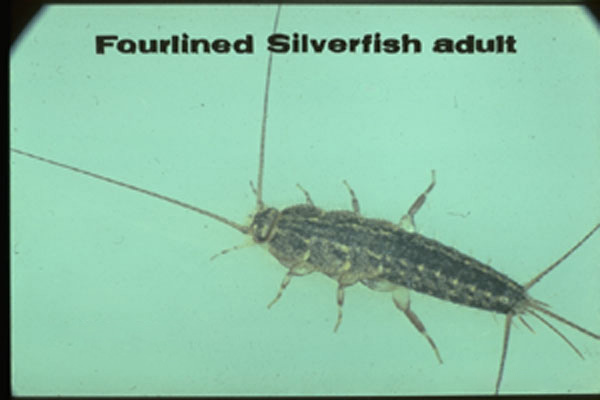 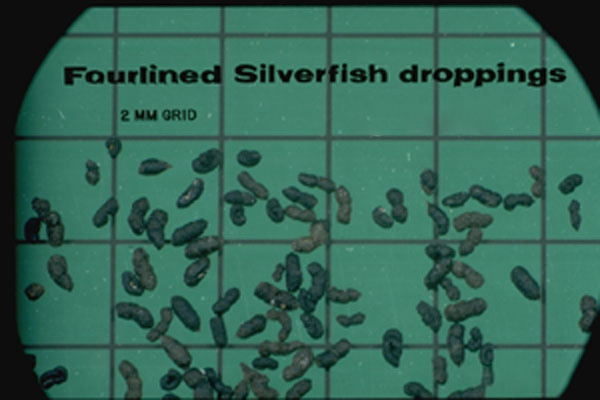 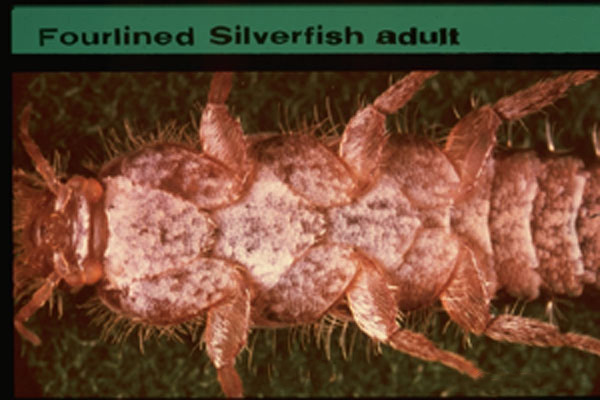 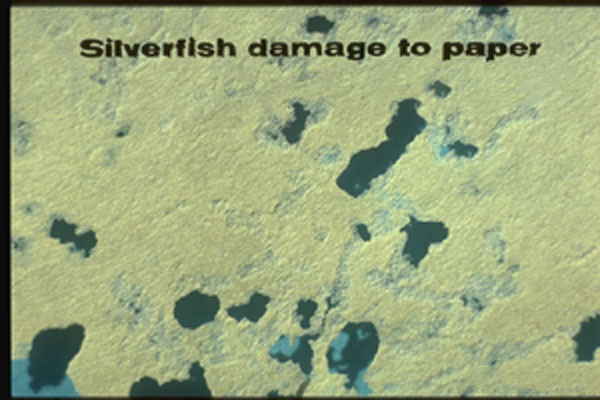 These are primitive insects that undergo simple metamorphosis, molting as much as 50 times before reaching the adult stage. The development to the adult stage can be anywhere from a few months to as long as 3 years, depending on the conditions it is living in. They generally live for several years. They feed on a wide variety of materials, including human foods, paper products, fabrics, or glue in books and wallpaper. They are common outdoors in woodpiles or fences. The related firebrat is so named because it prefers a habitat of higher temperatures, preferably above 90 degrees, and they may be common in attics in the summer. These insects are both covered with scales, they are flattened from top to bottom, and are able to squeeze into tiny cracks to hide or to gain entry.

There are several species of silverfish, including some that closely resemble the firebrat. These are elongate insects with very long, thin antennae and with three long appendages at their rear end – a pair of long, thin cerci that project out sideways and a central, longer filament. Colors range from silvery gray to dark gray with darker lines running front to back on top, giving these insects common names such as “silver” fish or “four-lined” silverfish. Evidence of their presence commonly will be the black, pepper-like fecal droppings that they leave everywhere the roam. Attics often have a huge abundance of the feces lying on insulation or rafters. Evidence of their damage will be holes made by their rasping mouthparts.

Silverfish commonly invade a structure from the outside, and elimination of harborage sites near the structure will be important in preventing their presence. Inspection of incoming materials also helps to prevent their presence inside. For interior infestations treatment of attics and wall voids with a residual dust insecticide will be effective, and an exterior treatment around the foundation with a residual insecticide also helps to prevent their entry.