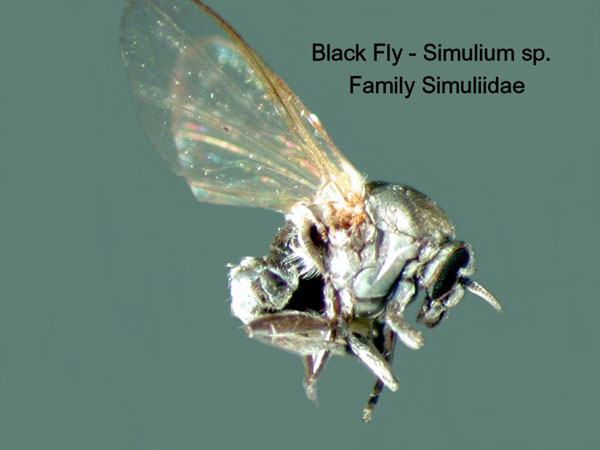 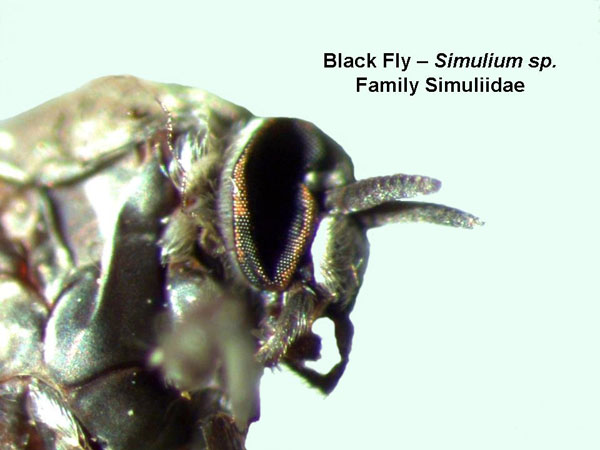 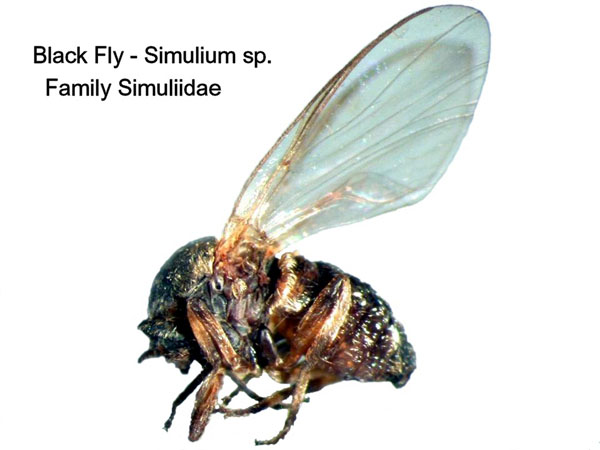 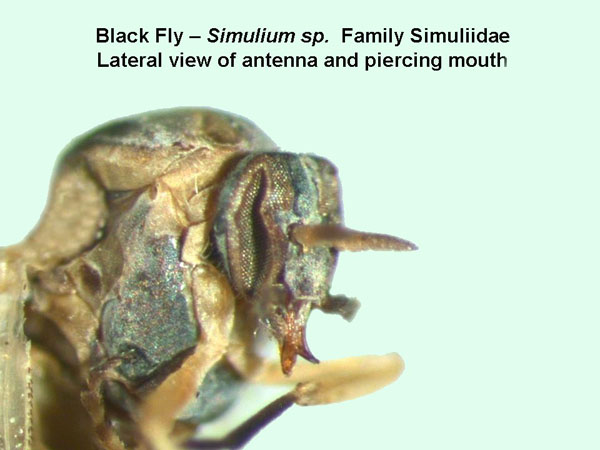 At least 255 species of these native insects occur in North America.

Worldwide this family of flies is a serious health menace, spreading parasitic filarial worms as they feed on blood that can cause Onchocerciasis, also known as “River Blindness” in Africa. Various forms of this disease are also present in humans in Central and South America and other forms of this parasite and other parasites may infect livestock and poultry, causing major economic losses. Female flies deposit their eggs on the surface of water, on vegetation or sticks near the water, or on empty stream bottoms, usually 200 to 500 eggs per female. The larvae then emerge and attach themselves to substrates where the water is flowing, often in fast-flowing streams, straining food particles from the flowing water. They pupate where they are attached and the adult fly emerges, floating to the surface in an air bubble if it is still underwater. Around 90% of the species are blood feeders, but some of the non-biting kinds are still a nuisance as they attempt to crawl into the eyes, ears, or nostrils of people active outdoors. The last stage of the larva overwinters and complete development from egg to adult may be as short as 1.5 months.

Adult flies are relatively small, ranging from 5 to 15 mm in length. Most species are dark gray to black and have a distinctly “humped” thorax, giving them their name of “buffalo” gnat. There is a short, thick antenna of 11 segments with the basal segments usually a lighter color. The color of the larvae varies from gray to green to brown to nearly black. They have a large head with 2 prominent “labral fans” at the head that are used for filtering the water for food.

Control by homeowners or a PMP is nearly impossible given the breeding situation of the larvae, which is flowing streams that cannot be eliminated. Vector control districts will use larvicides in these waters, similar to the products used for control of mosquito larvae, but where biting adult flies are present a person needs to wear long sleeves and long pants and an effective repellent. A person might also need to wear a protective netting over the head and outdoor activities may be done within a netted shelter.